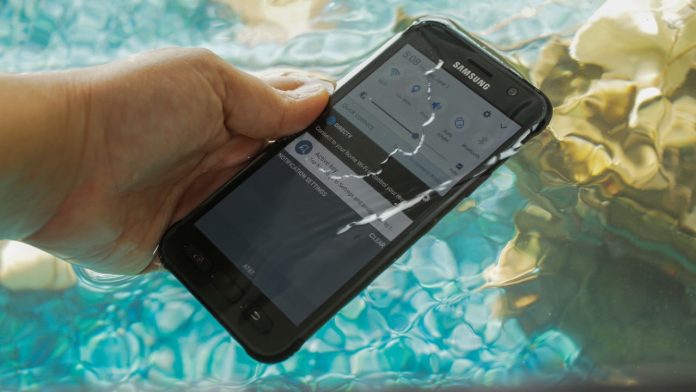 The fact that a Samsung Galaxy S8 Active model will soon be landing at AT&T was revealed last month. Now it seems we’re getting closer to the product’s launch, as the phone has appeared at the Wireless Power Consortium (the consortium behind Qi wireless charging) in a live image.

This year Samsung has unveiled two curved Galaxy S8 versions, but no standard flat model was offered. Well those who prefer flat screens to anything else will be glad to know the Galaxy S8 Active will offer such a display.

On top of that the device will feature a more robust body and IP68 certification, meaning it will be able to handle a rougher treatment. Since it showed up with the Wireless Power Consortium, the Galaxy S8 Active will naturally come with Qi wireless charging.

While the group did not least the full specifications of the phone, it’s assumed the phone will arrive with the same configuration as the Galaxy S8. Although we do expect the AT&T variant to come with a larger battery pack.

Other than that, the phone should make a debut with a 5.8-inch display with 2960 x 1440 resolution and a Snapdragon 835 processor fueling all operations onboard.

It seems like the Galaxy S8 Active might go live any day now, so keep checking back with us for an update on the matter.