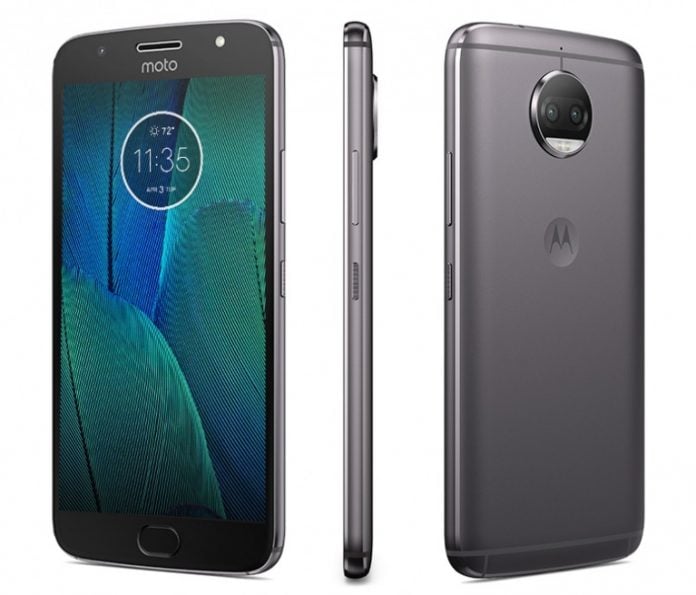 The latest device to appear from the new Motorola is the Moto G5S Plus. The rather badly named mouthful of a model name is really just a bigger version of the Moto G5.

The G5S Plus retains the same metal body as the current G5 lineup but is slightly improved thanks to the anodized aluminium design that also has a water repellant nano-coating. Under the hood, the G5S Plus is powered by a Snapdragon 625 processor and Adreno 506 GPU. There’s a micro-USB port and also a 3.5mm headphone jack with a 3000mAh battery. The fingerprint sensor stays below the screen but now also supports a number of gesture controls.

The display is 5.5-inches but retains the 1080p resolution and sees 3GB of RAM accompany the 32GB option with 4GB for the 64GB option. The wide-angle front camera goes from 5MP f/2.2 to 8MP f/2.0 with front-facing LED flash, and the rear 12MP shooter is replaced by a dual setup with a 13MP regular lens and an 8MP wide-angle one for depth-of-field effects. The device will also ship with Android 7.1 out of the box.

The Moto G5S Plus is unlocked so it should work on both CDMA and GSM networks with LTE compatibility for Verizon, AT&T, T-Mobile, and Sprint. Price and availability for the US is yet to be disclosed but Motorola say the device will be available in Europe this month starting at EUR 299.