Since day one, Google has made its wondrous Android OS to be open-source. This means that any company or person can manufacture a smartphone or device and install the platform at virtually no cost. As a result of this, many upstart companies and entrepreneurs have made their own Android products. Just about anyone who has access to smartphone components can (or has) design unbranded phones powered by Android.

The unbranded Android phone market has countless manufacturers and sites but we’ve trimmed it down to just three. If you’re the type who prefers to buy based on hardware specs alone you may find some of the phones listed in the sites are actually better than those made by much bigger companies. Oh, and for obvious reasons, we excluded re-seller sites like eBay and Amazon.

GearBest is known for selling an unbranded version of almost everything tech related. From watches, to PCs, laptops, tablets, phones and even toys. This site is quite popular and it feature a community that rates, comments and reviews products. This is important because you’ll have a group of people helping to get you the device best suited one for your needs. GearBest Android cell phones vary on price but we found some from as low as $30 all the way up to $350 (same price and Nexus 5). Although the site is pretty great overall, there is something lacking in the search and filtration area. For example check smartphone and 3G smartphone and you get two completely different lists of devices.

This site is very similar to GearBest in the sense that it’s popular and has a large selection of phones,. Unlike GearBest, it doesn’t have an active community and the price range is much higher. Although the site does focus on unbranded technology it doesn’t have a clear focus toward Android phones. Ironically, the site actually sells a couple of genuine Samsung phones. Android-powered phones range from $40 to $700 but much of the higher priced models come from branded devices..

This is probably the most popular site of the three; this may be due to the fact that it’s a re-seller site like eBay. Unlike Amazon and eBay it has a focus on unbranded items – which is why included it. Also, unlike the sites listed above, it doesn’t have a tech-only focus. Products range from jewelry, tech, toys, office supplies and much more. Due to the fact that almost anyone can list their unbranded Android phone on this site it has a very large selection. And, because of this, prices have a much larger price range, anywhere from the ones to the thousands. 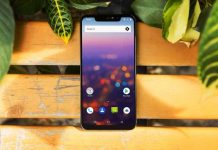 You can ‘Snap Up’ the UMIDIGI Z2 Pro from Gearbest today! 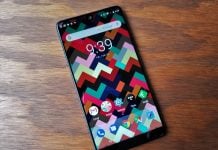