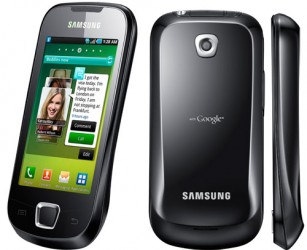 T-Mobile announced a pair of new wallet-friendly Android handsets yesterday at Mobile World Congress. Both smart phones, the T-Mobile Move and the Samsung Galaxy Mini, are expected to hit the US at some point in the Spring with very attractive price points. According to PC World, these will carry a sticker of $50-$75 with a two-year service agreement. While these won’t be the super phone you Android enthusiasts will rush out to buy, it’s perfect to sway people away from feature phones.

The Samsung Galaxy Mini will run Android 2.2 and feature a modest 3.2-inch display, a 600MHz processor, 150MB internal memory, and support for 3G. The T-Mobile Move is said to be the “most affordable Android device,” however, an exact cost remains to be seen. Like the Samsung Galaxy Mini, this handset runs Android 2.2 and features a 600MHz processor and 150 MB internal memory. In the plus column, it supports HSPDA at 7.2Mbps but in the tradeoff is a smaller, 2.8-inch screen and 2 megapixel camera. The Move will land in Europe come May, and will then likely hit US soil a few months later. Again, not the high end stuff that early adopters look for, but more than enough Android for your aunt and uncle.