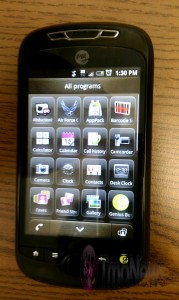 Details surrounding T-Mobile’s next Android handset, the myTouch Slide, are starting to come together.  We know that the handset will come in black, red, and white iterations thanks to recently leaked photos.  In the last few days, we’ve also learned that the phone is to be called the myTouch 3G Slide, keeping with the naming scheme from earlier T-Mobile models.  As next month’s rumored release approaches, the hardware and software picture is becoming clearer.

AndroidAndMe was able to get a virtual hands-on with the phone and shared their reaction.  According to them, the phone makes for a great upgrade to the G1 and fills the gap between first generation handsets and tomorrow’s super phones.

Here’s what we are tentatively expecting out of the handset:

With roughly one month to go before the phone is slated to drop, we expect to see some leaks regarding the pricing.  Anyone have a guess as to what the myTouch 3G Slide will run?