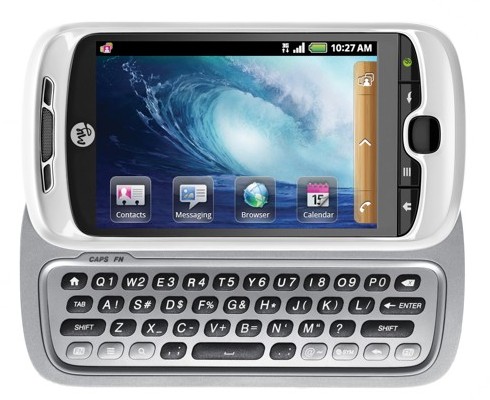 Late last night, T-Mobile officially announced their next Android-powered handset, the myTouch 3G Slide. Is this just the next release in a line of Android smart phones or does it offer something new? Let’s take a look at some of the features that help the myTouch 3G Slide stand out from T-Mobile’s other offerings.

In terms of hardware, the phone doesn’t have anything revolutionary with its 5-megapixel camera, 3.4-inch touch display, or sliding QWERTY keyboard.  The HSPA 7.2 support is a nice touch for data heavy users as it allows for some of the fastest mobile broadband speeds around.  While not everyone is able to take advantage of this technology yet, T-Mobile expects to have HSPA+ speeds in more than 100 major markets (185 million people) across the U.S. by the end of 2010.

Android 2.1 – Nexus One aside, this is the first handset to offer the latest version of our favorite mobile platform.  Up until now, T-Mobile has only offered 1.5 and 1.6 flavored Android phones.  This ensures users have access to every Android app in the market, including the recent official Twitter app.  With five (or seven) panes on your home screen, the myTouch 3G Slide allows for total customization.   To differentiate it from other Sense UI handsets, T-Mobile has customized some of the HTC experience to their liking.

Faves Gallery – Custom created for T-Mobile, this feature puts up to 20 of your favorite contacts in one place and makes it easy to stay in touch with them.  All communication (calls, texts, IMs, and social networking, etc) is gathered here and accessible via a widget and/or soft button.  The notification pane at the top of your phone will display a special alert letting you know that a message is waiting.  Responses can be sent through the Faves Gallery without opening any additional apps.  Think of this as a rebranded FriendStream application.

myModes – Very similar to what HTC does with Scenes in their Sense UI, myModes lets users create different themes with custom icons, wallpapers, and widgets.  You will be able to set your myTouch 3G Slide to change themes manually or based on time or location.   This way it’s possible to tuck your work emails and apps away for the weekend and bring your Facebook widget and Google Scoreboard out front, where it ought to be.

Genius Button – Probably the coolest feature of the myTouch 3G Slide, the Genius Button lets users control the phone using their voice.  Powered by Dragon Dictation, you’ll be able to compose and send messages, search, and make calls as if you had an assistant taking directions.  It’s as simple as pressing the button on the front of the phone and speaking.  The Genius Button also reads your messages back to you, providing a nice hands-free touch.

Don’t look for the myTouch 3G Slide to fill your needs as a high end super phone.  T-Mobile has a strong history of providing niche handsets that are targeted at various demographics.  This model works very well as an upgrade for those coming from feature phones and previous G1 customers.