We noticed a trio of YouTube videos were uploaded to T-Mobile USA’s account today, however they were immediately marked private.  A quick glance at the length of the clips indicate that we’ll be soon seeing some form of tutorial videos on the camera feature.  We get to see a still shot of the phone in two of the three, which ends up looking an awful lot like the LG Univa (AKA LG Optimus Hub).

Where things get a little confusing is in the titles for each.  On one hand the name of the file was Camera Touch 1280×720 while the other is called Camera QWERTY 1280×720.  Now, being as both look identical to each other on the surface, we’re guessing this could be a touch only version and a QWERTY version of the same device.  Thinking back to June and a leaked T-Mobile roadmap, we had heard that early November would see the release of an LG Maxx and LG Maxx Q.  Might this be the first look at those?  Probably.  Might the Maxx have been a code name?  Most likely.

Here’s a bit of evidence that suggests the name of the phone(s) could be in the myTouch series.  As in, the myTouch by LG.  This makes sense considering the third video has a title of GeniusQWERTY 320×480 w audio 081511.  As many of you know, T-Mobile loves to put a Genius button on their myTouch line.  The final indication that this is a ‘myTouch’ device comes in the actual branding at the top of handset.

Assuming this is a T-Mobile branded version of the LG Univa, then we’re looking at specs that include a 3.5″ HVGA display, Android 2.3 Gingerbread, an 800MHz Qualcomm Snapdragon processor, 512MB of RAM, and a 5.0-megapixel camera.

Anyone have something else to toss in here? 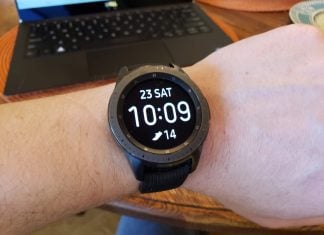