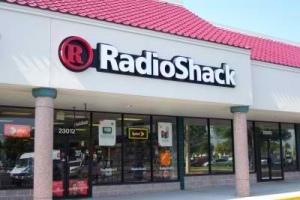 T-Mobile released a statement late last night, official confirming that the carrier will no longer be offering products or services through Radio Shack.  The two will part ways on Thursday September 15th where T-Mobile will then pursue and announce other retail partners.  RadioShack is wasting no time, having already tipped their hand at a Verizon partnership.

T-Mobile and RadioShack today announced a mutual decision to no longer sell T-Mobile service plans and devices in RadioShack retail locations, effective September 15, 2011.  T-Mobile will continue to expand distribution in national retailers across the country and expects to announce further channel growth in the coming weeks.  (T-Mobile statement)

It sounds as if The Shack couldn’t be happier to get out of this relationship, having previously claimed that T-Mobile had “materially breached” their contract and that the carrier’s offerings were not competitive with those of other providers.

UPDATED: We received the following statement from T-Mobile…

“After careful consideration, we decided that to in order to increase the effectiveness of our retail network and in line with our sales strategy, T-Mobile will exit RadioShack retail locations, effective September 15, 2011. We are currently focused on higher return national retailer opportunities and we expect to announce new channel growth in the coming weeks, which will more than double the number of RadioShack doors currently offering T-Mobile products and services.”