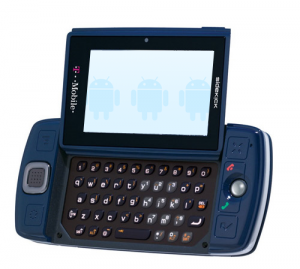 We’ve all seen this coming for awhile now. T-Mobile’s popular Sidekick brand has officially been temporarily discontinued. The Sidekick line was particularly popular with the deaf community, as a voice plan was not required for a contract or pre-paid agreement.  My father is deaf and has a Sidekick LX. When I told him about the Sidekick brand being discontinued, he seemed genuinely disappointed. His friend has already given up on T-Mobile and his Sidekick, as he bought an EVO 4G with Sprint about two weeks ago.  But all is not lost, as some tipsters are suggesting that T-Mobile will continue the Sidekick line after incorporating Android into their devices.

Technically, Sidekick isn’t the OS formerly made by Danger. T-Mobile owns the name Sidekick, so they can still release devices under that name, just not with the same OS as older models.  This ties into our earlier speculations about Project Emerald and the rumored HTC Vision. Our own Scotty Brown got a tip from a T-Mobile rep at an HTC event a few weeks ago in Seattle.  Hinting at their next killer Android device, it supposedly will have a new screen technology that we’ve “never seen before”. Other rumored specs include a front-facing camera, a dual core processor, and “Android 3”, which is purported to be Gingerbread. This may or may not be the HTC Vision, of that we aren’t sure. This device is rumored to drop in time for the holiday rush.

When asked about Project Emerald, the T-Mobile rep looked at Scotty with a very serious look, telling him that he would most certainly lose his job if he talked about Project Emerald.  So, T-Mobile definitely has a few things up their sleeves as far as new devices.  Now whether it matches up to the HTC Vision that emerged over the weekend or not remains to be seen. More on this as it develops. Thanks to TmoNews for the tip.