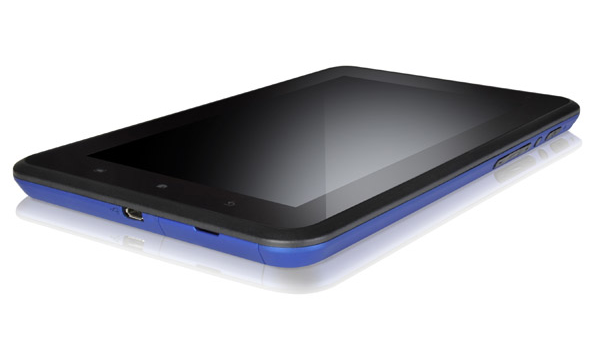 For Toshiba’s next tablet, the company is going back to the same well that brought us the original Thrive.  The hardware maker recently introduced its new 7-inch LT170, with a seemingly identical form factor as their initial Android effort. Specifications include a 1GHz CPU, 512MB RAM, 8GB internal storage, and MicroSD and MicroUSB ports.

Priced at €299 ($400 US) this will have a hard time selling against a $200 Kindle Fire or Archos G9 Turbo series. Considering the rumored $150 Nexus Tablet could be a few months away we are not optimistic about the Toshiba LT170’s chances. There’s no indication yet as to if, or when, this tablet will come to the United States, however we would expect a separate announcement.