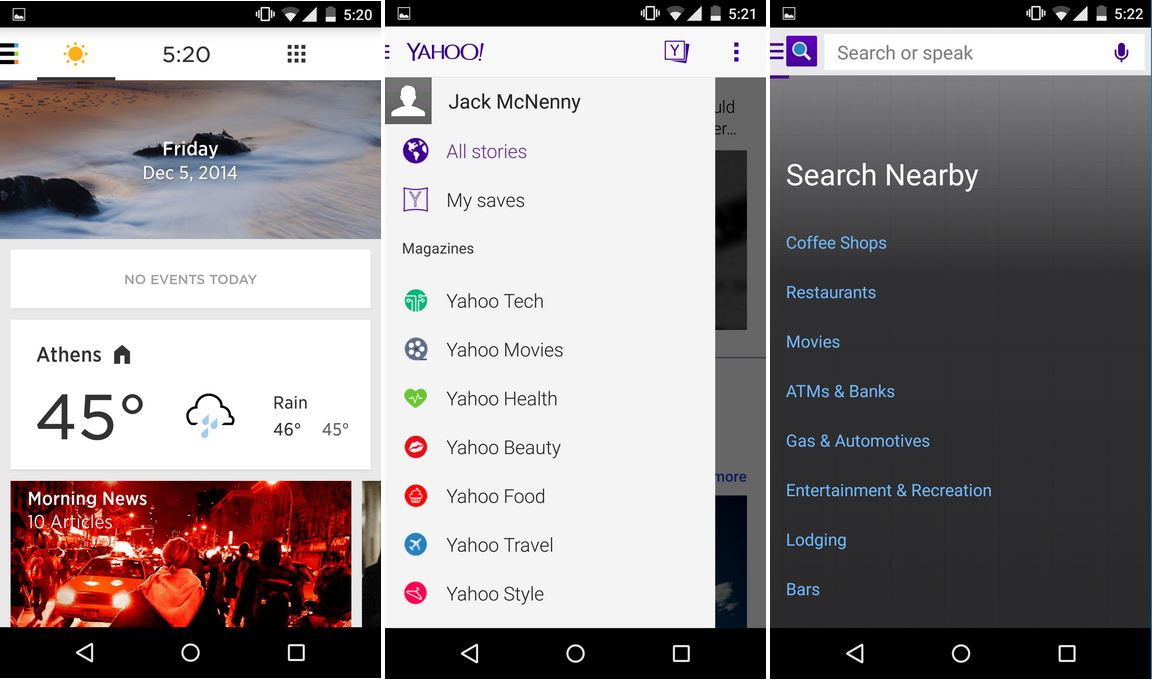 The other day, I felt like trying something totally strange and different. As I happily use my Nexus 5 throughout the day, I have gotten to the point where I rely on Google more than I thought I did. After realizing this, it hit me how much my Android phone has really become a “Google phone”.

Many of you are probably thinking, “uh, yeah? That’s what a Nexus phone is” to where I respond, “WHAT IF… this here Google telephone was mutated and transformed into something of the opposite race, a completely different species… a Yahoo Phone.

I never use Yahoo, but I don’t know why. I don’t have a reason not to, other than Google has been good enough and convenient for me. It also works wonders when I’m using Google’s services on the software that they designed. But Yahoo has many apps on the Play Store too, including a homescreen launcher. So with the options there, I gave it try and downloaded EVERYTHING Yahoo. Aviate Launcher, Yahoo Search, Yahoo Mail, Weather, you name it. You never know if you haven’t tried it, right? 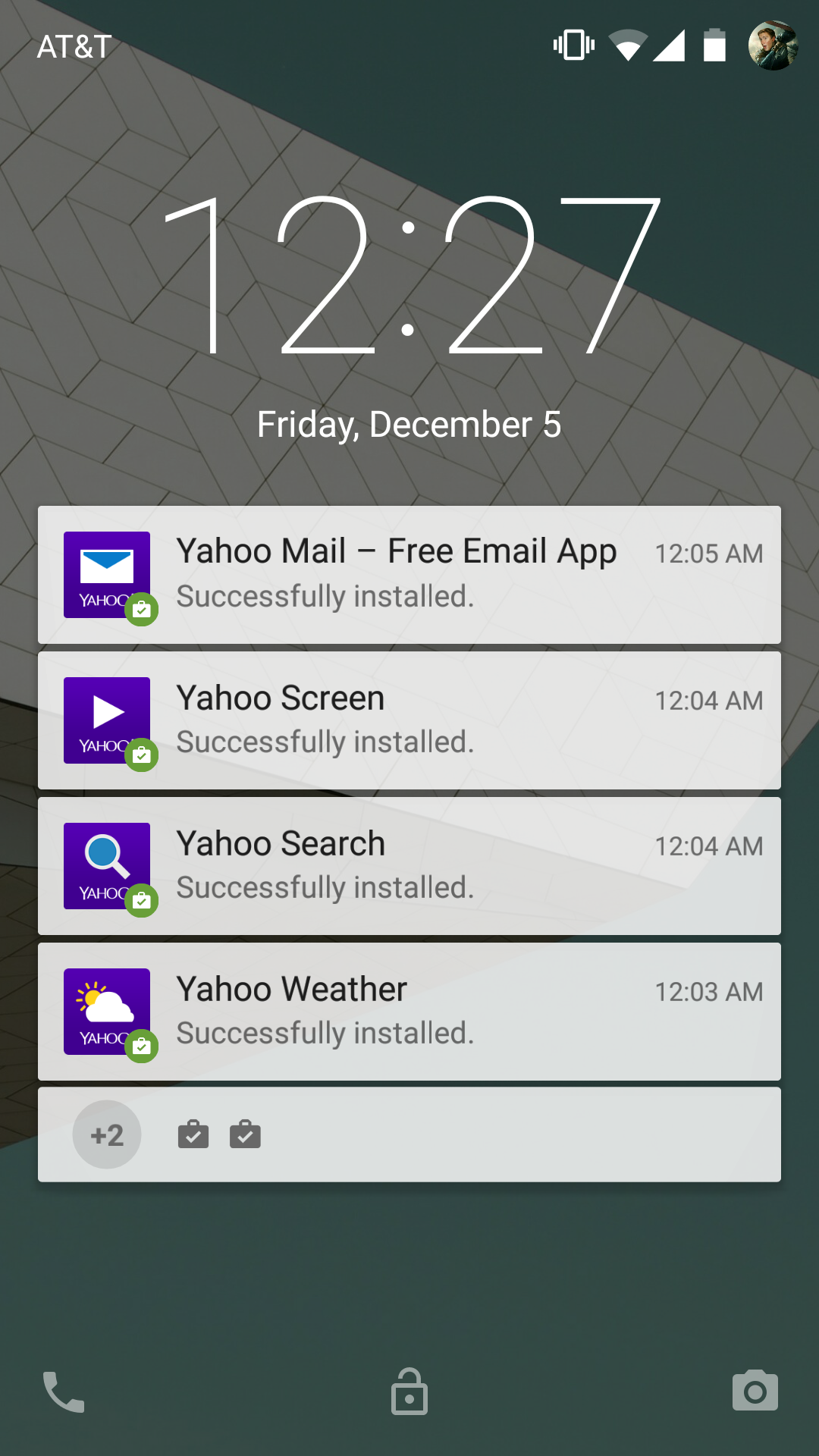 I created a new Yahoo account, setup Yahoo Mail, got my Weather location setup… I was ready.

I’m not here to review these apps or Yahoo in general, but for the most part I was pleased with how Yahoo’s apps operated and worked. I noticed a bit more ads on apps than Google’s services, such as more ads on Yahoo’s news columns, as well as ads top-and-center on Mail. But whatever, Google does it too to an extent.

Yahoo Search has been alright for me, but Google has done a much better job making Google Now a fluid an intuitive experience on an Android phone. Upon installing Yahoo Search, you can even replace Google Now at the bottom of your screen if you swipe up from the home button, even if your phone isn’t rooted (which I did not know). My favorite app of Yahoo is the News Digest app, which I made App of the Day a while back. It represents Yahoo’s best design yet in an app and makes catching up on the news actually kind of fun.

The backbone of my experience immersed in yahoo was Aviate, the home screen behind it all. I tried it out a long time ago when it was in beta and before Yahoo bought it, and many things have improved. I like how the left side of the launcher resembles Google Now and Blinkfeed, but allows you to add your own widgets to it. I like having my favorite apps on the main page. I also like the categories of apps on the right side of the launcher. It’s a fun and productive launcher to use, but ONLY AFTER I installed Android 5.0.1. When I was using it with Android 5.0, the “memory leak” issue was truly killing Aviate, and it frustrated the crap out of me. Just about every time I pressed to go back home, it would take a few seconds to load the launcher, even though it should be running in the background.

Whether the issue was fixed after Yahoo released a Nexus 6 compatibility update, or Google fixed the problem with Adroid 5.0.1, I’m not sure, but it works great now.

Right now I’ve switched back to my preferred Action Launcher 3, but I enjoyed my time using Yahoo on my phone. Not that the apps and services were bad, it just mainly has to do with Google offering a little bit more. I do encourage you guys to try using something different on your phone that you’ve never used before. Consider it a small New Year’s resolution.

Yahoo is launching an eSports app for Android