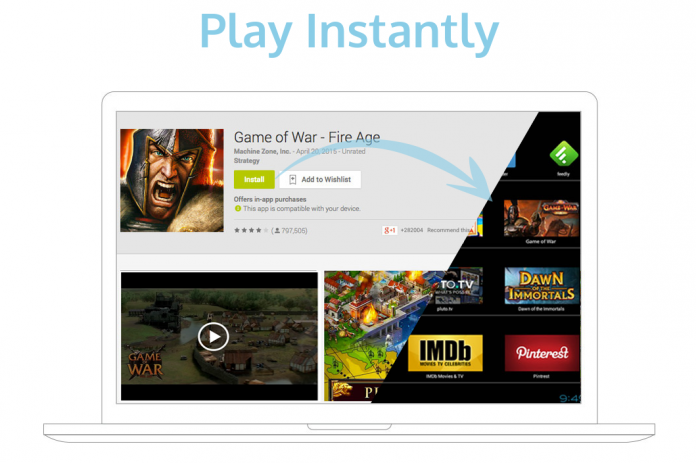 While it may seem weird to some people, there is a need for Android games to work on PC computers. This can be done using software such as BlueStacks.

With the rise of game mobile casino sites and other mobile platforms, it seems the next step in the mobile gaming world could feature the ability to stream Android games on your PC.

Admit it, if you are an Android user there are games you would like to run on a bigger machine. You may have also had moments where you wanted to run the games on your laptop rather than your phone. While there has been a barrier between the Android and Windows operation systems for some time, there has also been a way to do this.

Bluestacks has been the tool that provides this by emulating the Android OS on PC devices. While this hasn’t always provided the best results, as development as progressed on the system it has become far more stable, providing the ability to run more games. This is probably why Twitch support is raising such an interest.

The rise of Twitch (and other services such as YouTube) to stream live gaming is a bit of a phenomenon. There are some that don’t see the entertainment value of watching other people play the games you could be playing, but for those who do understand it, there are plenty of choices out there just waiting for an audience.

The fact that there is money to be made from this streaming has also not been lost on the players, the audience and the company themselves. Just watching Twitch grow and adapt to its audience, you can tell there are good things ahead. When streaming games though, can Android games be streamed too?

The answer is yes, for Android devices at least. This comes with the power of Bluestacks which has now integrated streaming mobile games to the Twitch service. As it is a PC based emulator the player should have plenty of tools to help them achieve this. The fact that Bluestacks itself is giving the functionality will make things even easier.

It will be interesting to see if there is an audience for streaming mobile games,and just what games will be focused on. The fact that it takes away the whole “mobile” aspect of the gaming is also an interesting conundrum. With games such as Hearthstone popular on these devices though, there are big games just waiting to become a part of this rise in streaming, and this may be theirchance.

If this service becomes popular, it will be interesting to see if Apple, or some other company who can emulate the iOS operating system will provide functionality like this too. I’m sure if there is a market for it, then there will be developers out there who can come up with an option.

Whether streaming takes off only on Android based games or not, the prospect of streaming mobile games is an interesting one. Are these games designed to entertain an audience? We’ll have to wait and see how they react, then we may have our answer.

BlueStacks 2.0 is launching: What you need to know