On desktops, Twitter and Facebook have always been different, and for good reason. The type of content that flows through each feed isn’t nearly the same. That being said, Twitter is unveiling a new desktop UI for profile pages.

Complete with profile pictures tucked away in banner images, the new Twitter profile is doing almost exactly what Facebook and Google+ are doing. Not that it’s a bad thing, but one might think they’d be a bit more original about the layout. They’ve added the familiar “cards” UI to their profile pages. Tweets are now bigger, easier to read, and give more of a focus on pictures. 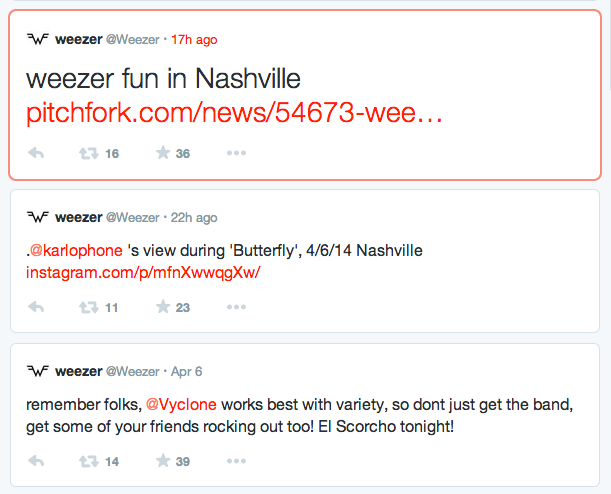 Along with the new layout, here are a few more features they’ve added.

So far there are only a few popular users that have the redesigned pages, and it should begin rolling out to users in the coming weeks. If you’d like to take a look, check out Weezer’s profile. There’s no word yet as to whether or not the update will roll out to the Android app, but we’d bet it won’t. For awhile now, the web view and Android app have been so far apart in terms of UI, and we can’t imagine Twitter sending out a giant update like this one.

But who knows, maybe they’ll surprise us and push out a good update for once. Do you have any thoughts on the new web interface? Let us know in the comments!
Source: Twitter

Twitter, Inc | FindTheBest
Note: Select outbound links may include affiliate tracking codes and AndroidGuys may receive compensation for purchases. Read our policy. As an Amazon Associate we earn from qualifying purchases.