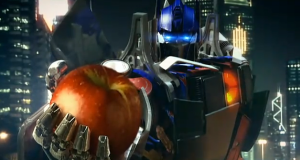 Late last night and early this morning, the Android community was teased with a Twitter poem by one @tfleming223.  The subject matter? The Nexus Prime’s hardware details (LTE, world-roaming) and its alleged launch date.

Read on through the break for the full poem and glean what you will from the cryptic message.  Assuming this guy is right, and he likely is, we can expect a November 3rd debut for the Verizon handset.

While things that go bump in the night, surely give you a fright,
It’s all in good fun as I share treats and panda fun.

So Instead of filling your belly with candies, jellies and other hollows eve fare,
Perhaps your palate will cast a ballot, for an ice cream sandwich instead.

With an internal date now set and LTE a sure bet,
Those that get Tim Cook’s new pet will be filled with green eyed regret.

But wait you cry for what date can you buy?
This the panda did shall share…

Fore on the date Bruce Wayne’s true father did die;
you shall in fact be able to buy in stores of red and black.

But those who pay other masters don’t fret,
over exclusive deals and bets

For in many other favors you will get your treat
be they GSM or wimax radios inside, the nexus brand will ride world wide

But as he lays in the corner with a Beer and a boner the Panda said with a sigh…
“Be it a Droid or Nexus branded new toy, with dual cores “hd” screens, fancy new widgets and more….

The one with the keyboard is what I enjoy”

Android followers may recall a similar tactic employed by another Twitter user, @black_man_x, (The Panda King) who ultimately proved to be very accurate as it pertained to both the HTC Thunderbolt and Droid Bionic.

How would you feel about the Nexus line of devices going back to a QWERTY (G1, Droid) form factor?