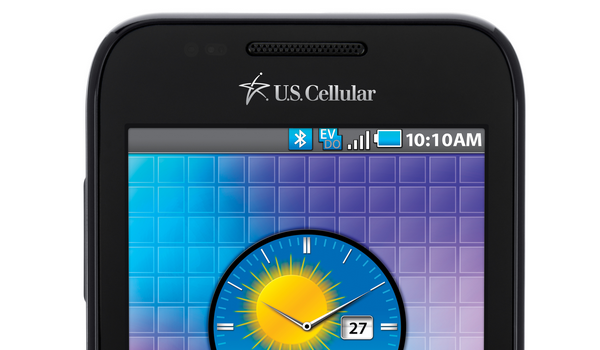 Last-minute Christmas shoppers looking to score a deal on U.S. Cellular handsets are in luck as the carrier just announced a promotion which drops the price of all smartphones.  Effective now and running through December 25th, all Android handsets are available for $99.99 or less, including the Samsung Mesmerize (Galaxy S) which costs a mere penny (with two-year agreement).  Details include the Motorola ELECTRIFY for $99.99 after mail-in rebate and both the HTC Wildfire S and LG Optimus U which are free with an instant rebate.  heck, even the HTC Flyer tablet has been dropped to $299.99 with an instant rebate.

Much like the Black Friday shopping deals offered by the carrier, U.S. Cellular is giving new customers on Belief Plans get 2,000 bonus rewards points.  These points can be accumulated towards ringtones, accessories, and even another phone!

There’s Still Time to Get Holiday Gifts and Get Rewarded With Great Prices on U.S. Cellular Devices

CHICAGO (Dec. 16, 2011) – It’s the perfect time to switch to U.S. Cellular (NYSE: USM) and join the only point-based rewards program in wireless and get any of the carrier’s cutting-edge Android™-powered, BlackBerry® and Windows™ smartphones for under $100, including the Samsung Mesmerize (a Galaxy S phone) for a penny with an instant rebate.

Also through Dec. 25, the Android-powered Motorola ELECTRIFY™ and HTC 7 Pro™ Windows Phone are $99.99 after a $100 mail-in rebate, and the HTC Hero S™ and BlackBerry® Torch 9850 are $99.99 instantly. The BlackBerry® Curve 9350 and the new Samsung Repp™ are free after rebate, and with an instant rebate, the HTC Wildfire S™ and LG Optimus U™ are free.

New customers can get a free phone now and be well on their way to a second free phone with the 2,000 point bonus they’ll receive. Current U.S. Cellular customers who add additional lines will also receive the 2,000 point bonus. Customers on Belief Plans are recognized for their loyalty and get points for doing simple things like paying their wireless bill on time, adding a line or referring friends and family. Points can be used for new phones faster, accessories, ringtones and monthly service charges.

“Join the happiest customers in wireless and start getting rewarded just for being a customer,” said David Kimbell, vice president of marketing for U.S. Cellular. “Our rewards program gives you points for things you really want, like free phones and faster phone upgrades without signing another contract.”

For customers that don’t need a lot of minutes, U.S. Cellular’s new $39.99 plan can be customized with messaging and data options and includes 450 minutes, free incoming calls, texts and pics, mobile-to-mobile calls, and nights and weekends beginning at 7:00 p.m. The Essential Plus Plan is a great deal and can save a family of four up to $30 per line versus similar plans at other major carriers. It’s $54.99 per line with 5 GB of data per line, 1,500 minutes to share, unlimited messaging and free incoming calls, mobile-to-mobile and nights and weekends beginning at 7:00 p.m.

* Purchase of a data plan is required, and a new two-year agreement may apply for new customers. Mail-in rebates, additional terms, conditions, restrictions and/or charges may apply (while supplies last).