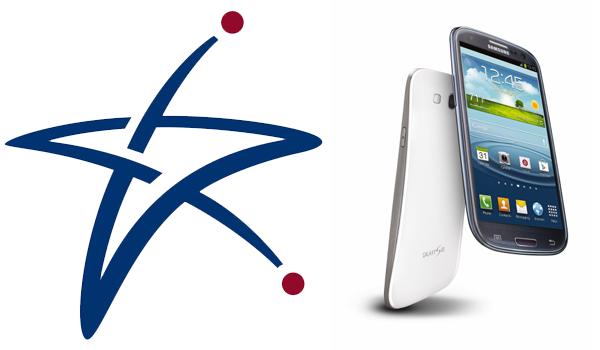 Leaving AT&T as the only company yet to announce a price or pre-sale/launch date for the Galaxy S III, U.S. Cellular has confirmed that their model arrives in July.  Pres-sales begin on June 12 at which point the pricing will be determined for the 16GB and 32GB smartphones.  Like other carriers, U.S. Cellular will offer the Galaxy S III in a choice of either marble white or pebble blue.  And for those keeping track at home, this version does support the carrier’s growing 4G LTE network.

CHICAGO (June 4, 2012) – U.S. Cellular (NYSE: USM) and Samsung Telecommunications America (Samsung Mobile), the No. 1 mobile phone provider in the U.S. and the No. 1 smartphone provider worldwide, have announced that the 4G LTETM Samsung Galaxy S® III will be available for customers to preorder on June 12 and will be in stores and online in July. Customers will have the option to prepay for the device beginning June 12 and sign up for updates on June 5 at uscellular.com/gs3. The Galaxy S III smartphone will be offered in a 16 GB version in Marble White and Pebble Blue and a 32 GB version in Marble White. Pricing will be available when the presale begins on June 12.

Customers who purchase the Samsung Galaxy S III from U.S. Cellular receive benefits no one else offers, including new devices faster without resigning contracts, free Battery Swap and the only points-based rewards program in the industry.

“We’re eager to get this iconic smartphone into the hands of our customers so they can experience the 4G LTE network on a powerful device with lots of new, unique and cool features,” said Edward Perez, vice president of sales and marketing operations for U.S. Cellular. “Whether you are a first-time smartphone buyer or a seasoned user, the Galaxy S III makes it easy to stay connected to the people and information that are important to you.”

The Galaxy S III is a cutting-edge device designed to enhance your life and make it easier to do the things you need your phone to do, such as messaging, taking pictures, multimedia activities and sharing information. Using revolutionary technology, it’s capable of doing things never seen before with other smartphones. With Share Shot, there is no longer a need to email or download photos. Photos taken can be immediately shared with up to 5 others by synching devices. Photos, calendars, documents and video can be shared simply with S Beam by touching Galaxy S III phones together. The large screen with Trace technology makes text messaging a breeze by swiping between letters instead of typing, and the eight megapixel camera means you can leave your point-and-shoot camera at home.

Samsung is the No. 1 mobile phone provider in the United States and the No. 1 smartphone provider worldwide according to Strategy Analytics, Q1 2012 U.S. Market Share Handset Shipment and Global Smartphone Shipment Reports.

About U.S. Cellular
U.S. Cellular rewards its customers with unmatched benefits and industry-leading innovations designed to elevate the customer experience. The Chicago-based carrier has a strong line-up of cutting-edge devices that are all backed by its high-speed nationwide network that has the highest call quality of any national carrier. Currently, 25 percent of customers have access to 4G LTE speeds and 54 percent will have access by the end of 2012. U.S. Cellular was named a J.D. Power and Associates Customer Service Champion in 2012 for the second year in a row. To learn more about U.S. Cellular, visit one of its retail stores or uscellular.com. To get the latest news, promos and videos, connect with U.S. Cellular on Facebook.com/uscellular, Twitter.com/uscellular and YouTube.com/uscellularcorp.