Ubisoft+ has finally come to Stadia. The $14.99/month subscription service gives you access to over 100 games from the publisher on PC. Unfortunately, the same can’t be said for Stadia, where it only provides access to the 15 titles currently on the platform.

That should come as no surprise, given the fact that if a game doesn’t exist on the platform, you naturally won’t be able to play it. Still, it’s kind of a bummer. Regardless, if you’re an Ubisoft+ subscriber, you can still have full access to the library on PC, and now you can use Stadia to play on your TV with supported hardware or on your mobile phone. A full list of the supported titles can be found below.

To get started, link your Ubisoft+ account with your Stadia account. It doesn’t matter if you’re a Pro user or a free user, you’ll still be able to play Ubisoft+ titles with a free account at 1080p 30fps with stereo sound or at up to 4K HDR 60fps with 5.1 sound on Pro accounts. 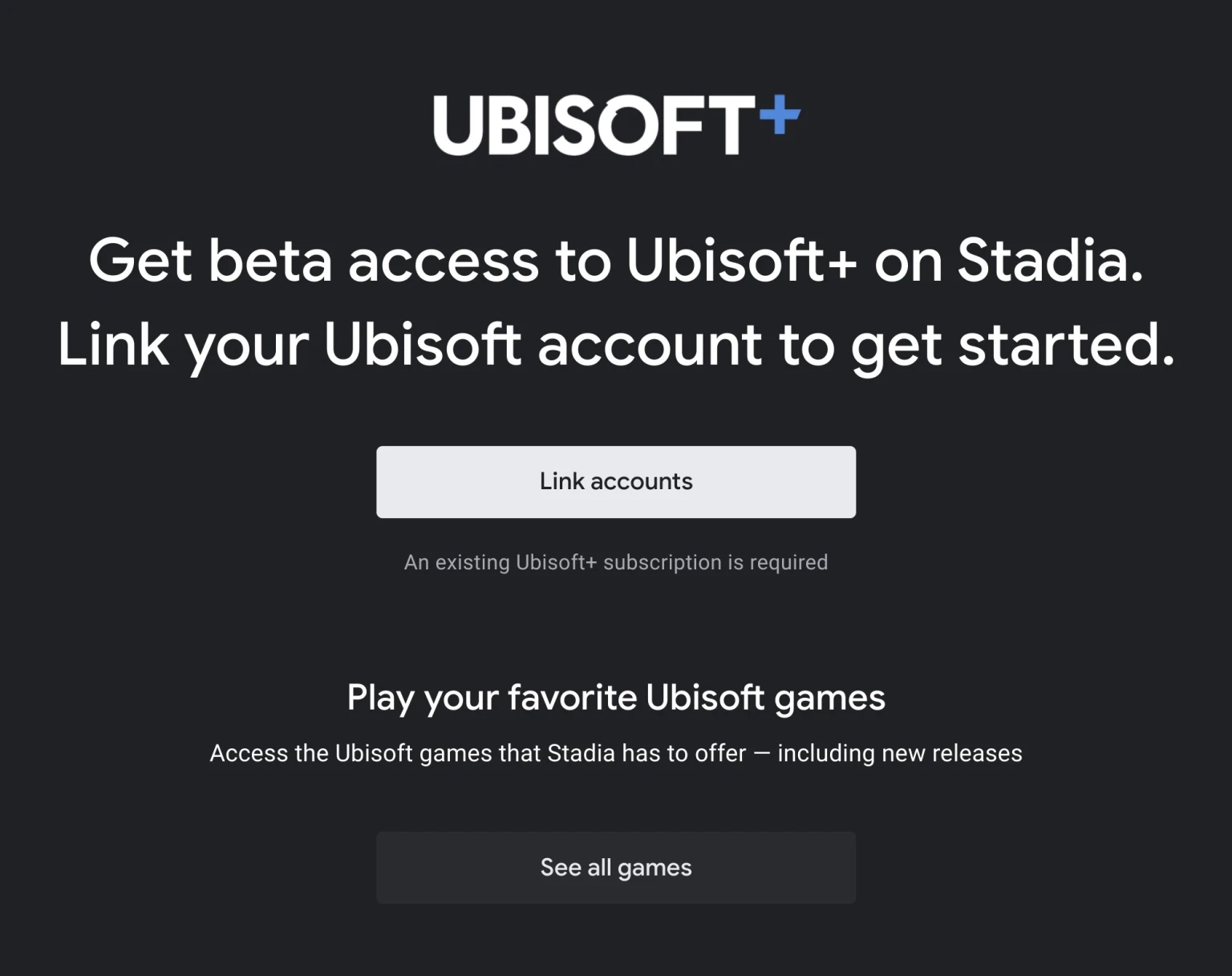 If the link is turning up an error page for you, like it is for me, that’s because support is still rolling out at the moment. As with all things Google, it is released in stages and we have to be patient for our turn.

Ubisoft and Stadia have had a strong relationship since Google first started flirting with the idea of cloud gaming. In fact, the first game to get tested on the platform was Assassin’s Creed Odyssey from the French game publisher.

Since that test, we’ve seen major Ubisoft titles land on Stadia with day one releases, and even exclusive demos like the one for Immortals Fenyx Rising, a game you can still play for free without a subscription on Stadia right now.

For that reason, it seems shocking that it took so long for Ubisoft+ integration on the platform, especially when Amazon’s Luna cloud gaming service already has access. Whatever the case, at least it’s finally here, and if you’re an Ubisoft+ subscriber you can now enjoy 15 Ubisoft titles anywhere Stadia is supported.