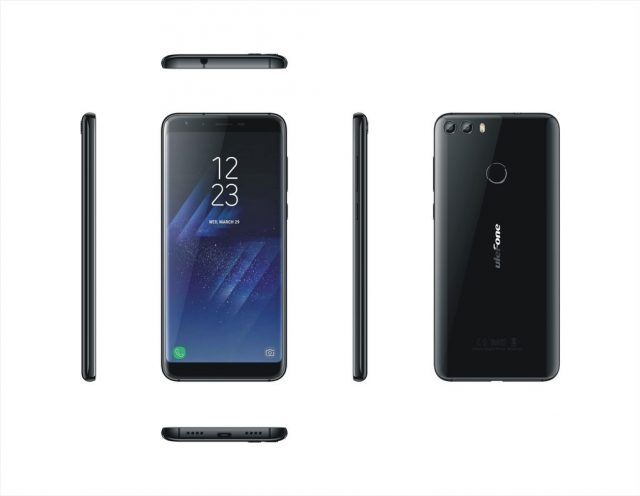 Following the long Chinese OEM tradition of copying the designs of flagships launched by iconic brands, Ulefone is prepping its own Galaxy S8 lookalike.

At a glance, the F2 looks like a perfect Samsung Galaxy S8 clone coming with same 18:5:9 aspect ratio and edge-to-edge design with slim bezels, although it will include a smaller 5.7-inch display. And in some aspects, the F2 might be even better than the original, as it said to include 8GB of RAM and also a dual-camera setup. It also has the fingerprint scanner located beneath the camera setup.

Now if you want to own a truly qualitative phone you’ll buy the Galaxy S8 and skip the Ulefone F2 altogether. Given Ulefone’s track-record in pricing we expect the phone to boast a very affordable price tag. For example, the Ulefone Power 2 with 4GB/64GB storage and a huge 6,050 mAh battery is available for only $165. So for a price under $200 you can’t really expect the same level of quality and craftsmanship the Galaxy S8 brings to the table.

On the other hand, there aren’t a lot of phones with 8GB of RAM out there and most of them aren’t exactly super affordable. For example, the OnePlus 5 is available with this amount of RAM onboard for $539. But not everyone has $500+ to spend on a phone, so the Ulefone F2 might prove a good alternative for those who want a super speedy phone, but can’t afford to pay such a sum.