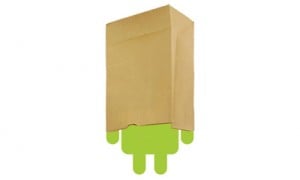 One of most frequent complaints about Android is about its unpolished and unelegant UI when compared to that of iPhone.Â  As a brief user of iPhone 3G, it hurts me to admit that it is indeed the case. Just take for example Compass apps from both platforms: functionally equal,Â  Android Compass’ graphics just pales in comparison.

Looks like this is going to change and soon. Rumors and reports are coming in that Android 2.0 offers more refinement and polish, making use of gradients and shading that have not been seen so far.Â

I’m sure everybody enjoyed recent “iDon’t” ad from Verison. I did, and it was polished all right. But what really caught my eye was a single line on the bottom:Â  “DROID is a registered trademark of Lucasfilm Ltd. and its related companies. Used under license.” I’m not saying that Lucasfilm did the ad, but if you would have guys like that in your design team, that’s a true game changer.

Now – it makes me wonder if the whole ad was done on Mac Pro? I would really appreciate the irony.