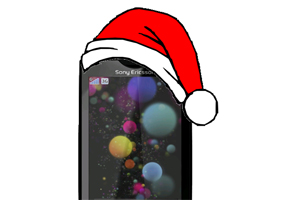 One of the most anticipated Android handsets, the Sony Ericsson Xperia X3/Rachael might be getting a December release.Â  That is of course providing the following information proves to be true.Â  According to PDAdb.net, the expected release is December of this year. As the title of this post indicates, we have nothing to confirm this so treat is accordingly.

Some of the specs that make the Rachael so appealing:

Sony officially launches Sony Xperia S, P and U in the U.S