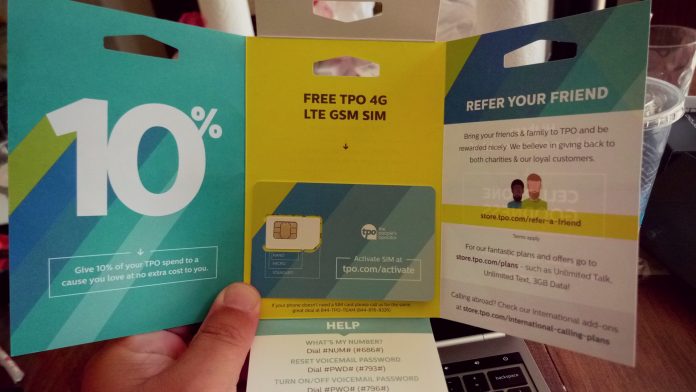 If you’re a US resident who owns an unlocked GSM phone, chances are good that you’ve considered multiple carriers for service. Or, perhaps you have hopped from one provider to another to save a few bucks. What with AT&T and T-Mobile and their respective MVNOs, there are plenty to choose from. I’d like to put another one on your radar: The People’s Operator.

Initially launched in the UK back in 2012, The People’s Operator (TPO) utilizes both Sprint and T-Mobile’s networks for service. This means that your unlocked GSM handset or former Sprint phone can take advantage of the network.

Why consider TPO? For starters, the rate plans don’t require credit checks or contracts; there are no activation fees to worry about, either. Customer service is based in the US and the networks have access to 4G LTE bands, too. And, yes, you can even port your existing phone number as well.

Another kick-ass reason to look at TPO as a service provider is that it gives 10% of your monthly bill to a cause of your choice. So, not only are you on a monthly, no obligation plan, but you’re also giving back in the process.

Digging deeper, I learned that customers can give to any charity or cause just so long as it’s listed as a non-profit organization. In other words, some of your choices can include:

Monthly plans start as low as $16 per month and go up to $5 per month. Depending on how much data you need, there are five plans in total to choose from. Save for the Kind plan, all of TPO’s options come with unlimited talk and text; Kind includes 1,000 minutes. 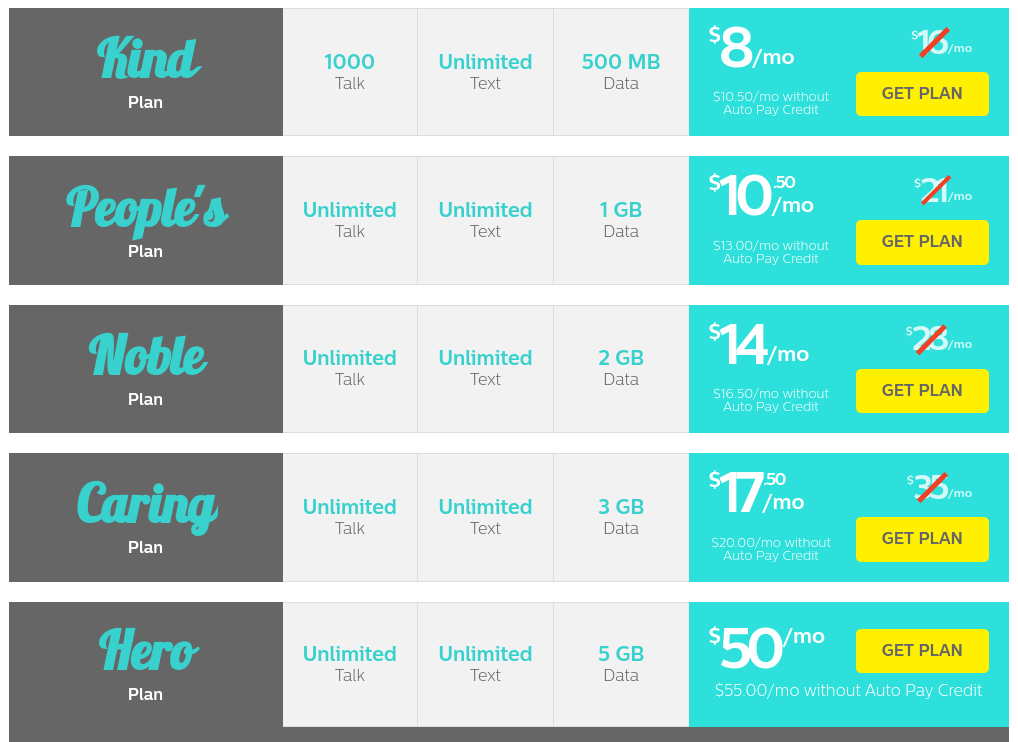 As an added incentive, and for a limited time, it’s possible to save 50 percent on your first month of service. Simply activate before October 10 and you’ll get the discounted rate on four of the plans.

Comparing TPO’s Caring plan to T-Mobile’s prepaid options, we find that TPO comes out ahead. That is, of course, if you stay inside of the 3GB data. Keep in mind that this would actually be on T-Mobile’s network anyhow.

One difference in the two is that once you hit the data threshold in a plan your data connection is turned off. T-Mobile, for its part, dials speeds down and throttles at 2G rates. TPO does offer 1GB data bundles at a rate of $12 each.

I’ve spent the better part of two weeks using a TPO SIM card in my smartphones. In the cases where I have two slots, I have used both the TPO and my current T-Mobile SIM card. As is to be expected, I have nearly identical coverage in every place I go.

Within a bar (which doesn’t matter that much, I know), my TPO SIM card has had the same network speeds and connection. There are places where T-Mobile simply doesn’t work well for; the TPO service was also poor there. In places where I have great connection and data speeds, switching SIMs was the same across the board. 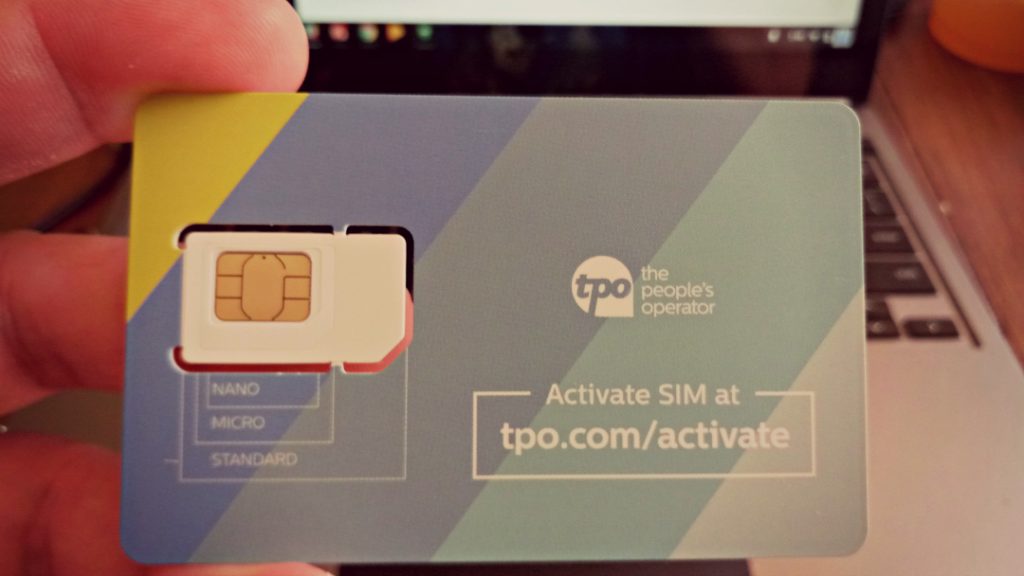 One thing that I really liked about the TPO SIM was that it fits all card slots. Whether it’s nano, micro, or standard, the SIM card is going to fit in your device. All you have to do is punch out the size you need and insert it into your phone.

If you’re holding on to an old unlocked GSM phone, or are considering picking one up, you’ll definitely want to check out The People’s Operator. The same goes for Sprint and its MVNO’s Boost Mobile and Virgin Mobile. Indeed, you can get a CDMA SIM card that lets you put that existing phone to good use.

Additionally, TPO offers a referral program which rewards customers for signing up friends. For every person you get to join The People’s Operator, you and the friend will receive a $10 account credit.

We’re huge fans of unlocked phones and choice here at AndroidGuys. We’ve seen some incredible phones as of late, many of which have great prices. Moreover, we like choice in carriers, too. There’s nothing quite like picking a smartphone and then going with the service provider that works best for you. The People’s Operator is one carrier we’re glad we’ve come across and think you would be as well.