Are you envious of the commercials on TV about the MyTouch 4G showing off its ability to do video chat over 3G, 4G, or WiFi?  Do you have a friend toting the iPhone 4G using FaceTime?  Fear not my friends, soon, thanks to Vainworks, you’ll be able to turn your rear-facing camera into a front-facing one with the assistance of a small stand.

Basically, it’s a mirrored stand that lets the user utilize the rear-camera as a forward one.  Head over to the site and check out some of the videos.  The company claims the stand will work with phones that has a rear-facing camera.  But there’s a catch.  The farther away the camera is from the edge of the phone, the less likely the stand will work.  A list of supported phones with an explanation of how the stand operates can be found on Vainworks’ site.  So, what do you think?  Who is gonna pick this up? 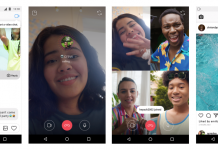 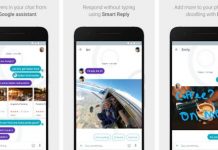 Google’s Allo and Duo are due out soon: Pre-register to ensure you are notified first