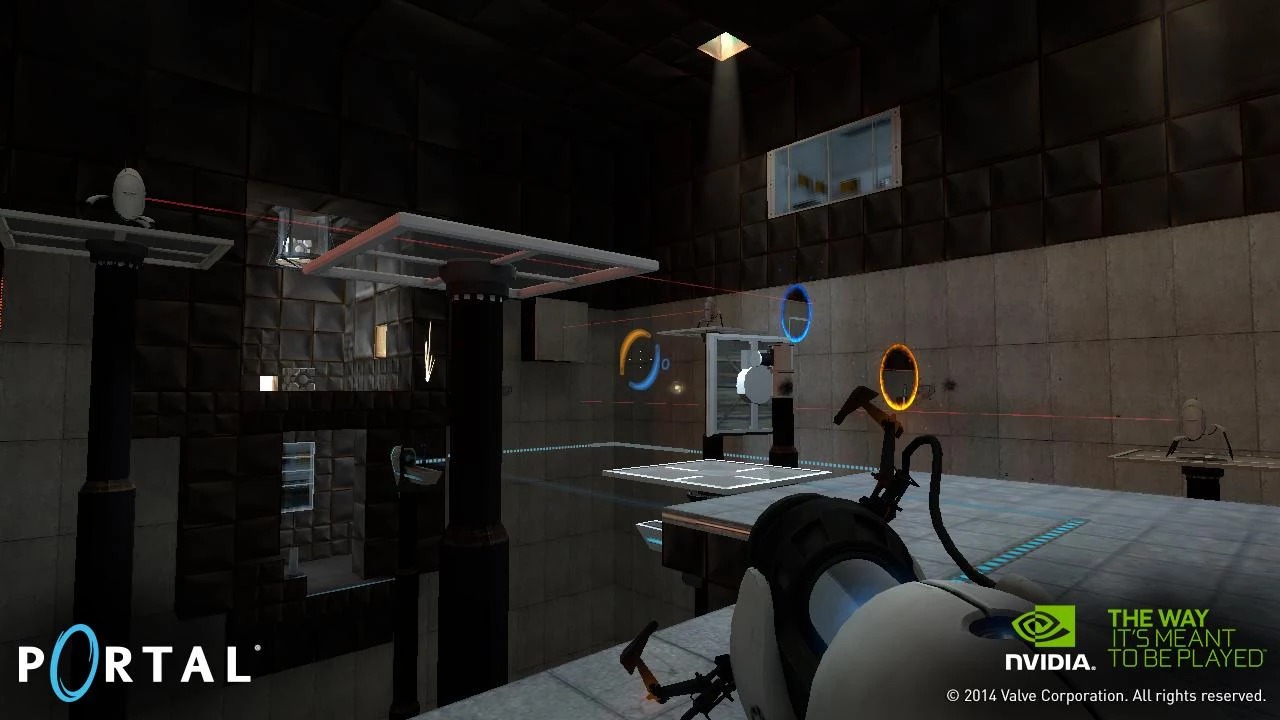 Now, more than ever, it’s a great time to be an NVIDIA Shield owner. In case you haven’t picked up on the buzz these last few days, the portable gaming and entertainment console has added two key games to its arsenal. Indeed, both of Valve’s top-selling games, Portal and Half-Life 2 are now available for the Tegra 4-powered mobile monster.

“NVIDIA has done a remarkable job bringing both Half-Life 2 and Portal to SHIELD,” said Doug Lombardi Vice President of Marketing at Valve. “We’re playing both games here on our SHIELDs and fans of both franchises can expect the same gameplay they’ve come to love on the PC.”

Exclusive to the Shield, this is the first time the pair of games have been made available for Android. NVIDIA worked closely with Valve to bring the two to the console and we’ve been thoroughly impressed with everything so far.

Both of these games play as flawlessly today as they did on our high-end computers of yesterday and transport us back to a time when we were into games that didn’t feature flying birds.

Those of you have yet to pick up a Shield (seriously?) can do so now for a mere $199.99. Offered as a limited time promotional price, it’s silly to pass up. The Shield gets better with each software update, stays current with Android builds, and runs games as good as anything we’ve played.