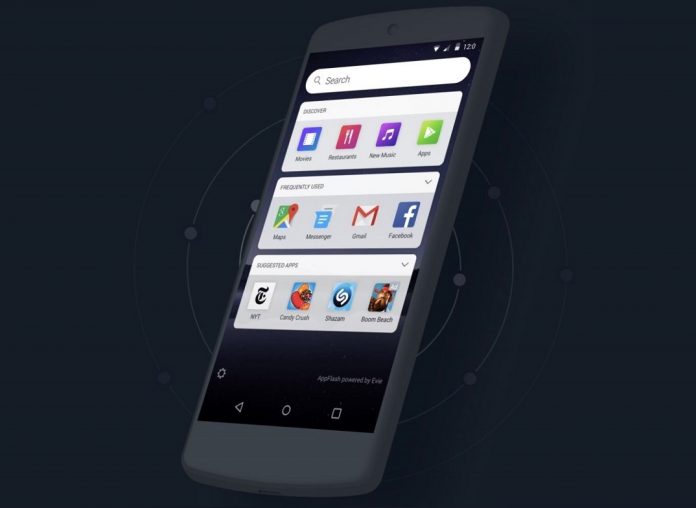 A few days ago, we told you of Verizon’s intention of sending out an update to its subscriber Android phones that will add a new app called AppFlash. The software, created in partnership with the company behind the popular Evie launcher, aims to help users find things more easily on the phone.

But there’s an ulterior motive why Verizon wants to put this app on its phones – the collection of personal data. The sensitive information could then end up being shared within Verizon’s family of companies including AOL, but also other non-Verizon websites and services.

Reports of Verizon’s plans have stirred up controversy over the weekend, especially in the wake of the Congress’ vote against the rules proposed by the Federal Communications Commission (FCC) that would made it harder for internet companies to collect and sell personal data for advertising and remuneration purposes.

The Electronic Frontier Foundation (a non-profit organization defending civil liberties in the digital world, that was founded in 1990) was the first to report Verizon’s intention to put a spyware app on its Android phones. But since the original article was published, Verizon talked to EFF and explained its position on the matter.

The carrier told the organization that AppFlash will initially work on a single phone, namely the LG K20 V. Verizon basically just wants to test the waters to see how subscribers respond to the app. What’s more Big Red claims it won’t push the app to those who don’t want it, as customers will have to opt in voluntarily if they want to take the app for a spin on their phones. Furthermore, Verizon claims the app can be easily disabled

In light of these clarifications, the EFF has withdrawn its allegations including calling AppFlash “the first horseman of the privacy of the apocalypse” and says it will be investigating the matter further. Hopefully, Verizon will keep it’s promise and won’t try to force the app on its subscribers.