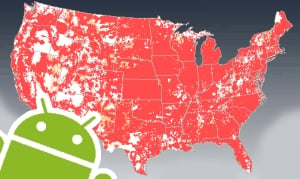 Although we touched on this over the weekend, we wanted to circle back with more information about Verizon’s Android plans. If the reports from various mobile tech sites prove to be true, Verizon could be sitting with 4 Android handsets by the end of this year. Rumors have it that the nation’s largest carrier is gearing up for their own Android invasion slated to start as early as this week. So aside from the Droid, what else is there?

HTC Passion (Dragon) – Website unlockr feels about 90% certain that the Passion will be a CDMA version of the HTC Dragon.Â  Astute readers have noticed that the bottom buttons of the HTC handset look eerily similar to those of the Motorola Droid.Â  The Passion is expected to launch with Android 2.0 and a Snapdragon (1GHz) processor.Â  Verizon is alleged to be doing their best to make sure all the Android devices have similar appearance, even if they are different handset makers.

HTC Droid Eris (Desire) – Looking like a revamped Hero, the not much is know about the Droid Eris yet.Â  It runs HTC Sense and is said to be “very fast.”Â  Works for us!Â  FUN FACT: The Wikipedia entry for Eris tells us that it’s the largest known dwarf planet.Â  Check out the picture that comes with the definition…

Motorola Calgary – The second Verizon handset to be made by Motorola, this one is starting to creep into the hands of popular bloggers.Â  The specs so far are not the bleeding edge stuff we’ve seen in other handsets, leading us to believe this could be a budget-based Android phone.