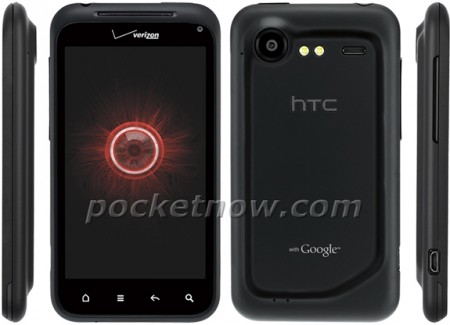 HTC announced some new devices at the Mobile World Congress this year, of which the Incredible S looked to be the most promising device. We know that the Incredible S will hit Verizon as the Droid Incredible 2 and we also saw some spy shots of the phone with Verizon branding, making us wonder if a launch was imminent . Now it looks like the launch time could be near because our friends over at PocketNow got their hands on some press shots of the device. The phone is not officially announced yet, but it looks like Big Red will announce it later this month as we heard that it’s coming out on April 28th. The Incredible 2 is just like the Incredible S, only there will be some minor changes in the software i.e. Verizon applications.

When the Droid Incredible was launched, it was considered as the best Android device available at Verizon, so I hope that Incredible 2 will make its predecessor proud. So who’s planning to get the new Droid, anyone?