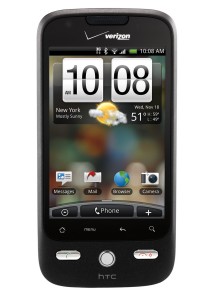 File under: Shouldn’t come as a surprise.  Verizon has confirmed that the HTC Droid Eris will not be seeing an Android 2.2 ‘Froyo’ update.  Considering how early in Android’s life this phone came out, we’re not shocked to hear 2.1 would be the last officially supported version.  Many of the first phones to roll out are being left behind at 1.6 and 2.1 simply because they don’t have the hardware to support the updates.  Or… because carriers and handset makers would rather focus on super phones that attract new subscribers.  Here’s the comment from Verizon’s rep.  You be the judge.

“We have other options in Android devices, so this is part of the normal evolution of our portfolio,”- Verizon spokeswoman Brenda Raney

Verizon kicks off the school year with new promotions