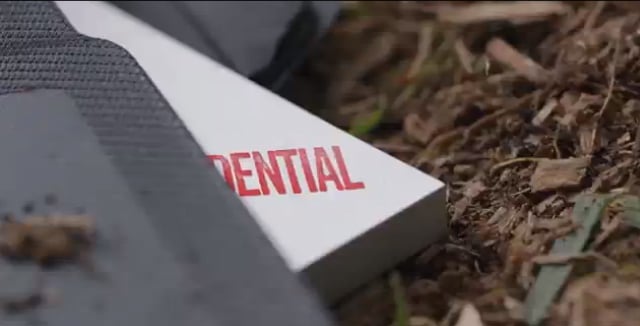 Take a look at the video below and you’ll see it’s not much more than an extended sequence of events from the recent Droid Ultra and Droid Maxx commercials. If you’ve not seen either then just enjoy a little over 4:00 of a pseudo-spy protagonist as he is seduced and tricked by a presumed counter agent or antagonist.

The very end says “To Be Continued” and then invites fans and followers to suggest the ending to the video. Using the hashtag of “DROIDtheory” we are asked to tell the Droid Landing Twitter account what happens next.

It just so happens that one particular person said they expect the package to be a Droid tablet; said message was retweeted by Droid Landing.

@DroidLanding he’s going to find the package an ld inside its going to be a tablet . A droid tablet :) cant wait to see it

Now, is this proof positive of a Droid tablet or Motorola’s return to the game? Certainly not. It would, however, line up with reports that Motorola is readying custom designed tablets much in the way the Moto X is for AT&T today.

Then again this could just be a way of engaging followers and making them feel like they are part of the story.

What do you think this all means? Anything at all?