Verizon has announced that it will make the switch to the Messages by Google app and embrace the Rich Communications Standard, which replaces SMS, beginning in 2022.

This is a big announcement from the last hold out of the big three carriers. Both AT&T and T-Mobile already agreed to adopt the RCS standard earlier this year, and that means customers on all three major carriers will get to enjoy the benefit of the modern texting standard.

Google has spent years trying to push the RCS standard and includes it by default in its Messages app on Android. The new Rich Communications Standard includes a host of improvements over the old SMS many of us currently use.

For starters, it allows for sending of higher quality images and videos. Something SMS has lacked for many years now as smartphones have grown leaps and bounds in the camera department.

It will also allow for chatting over Wi-Fi or data, read receipts, and end-to-end encryption for one-on-one chats. Encryption for group chats is currently in the works as well. 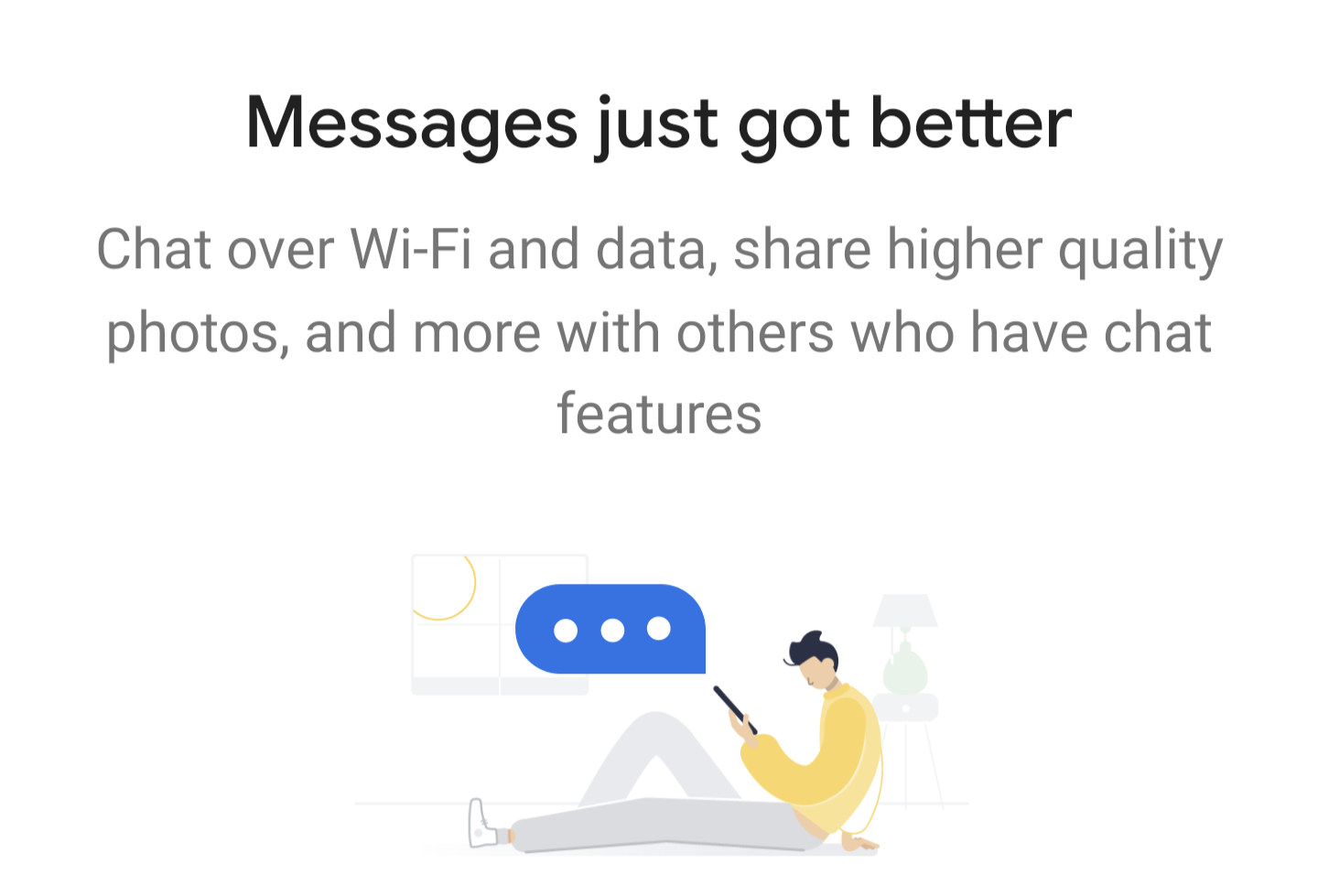 Basically, the only downsides to RCS are that both the network and the texting app you use must support the protocol. That’s why getting Verizon on board with AT&T and T-Mobile was so important, as well as getting Verizon to partner with Google and bundle its Messages app. This will allow Android users to enjoy RCS in all its glory across all the major networks.

It has taken years now, but in 2022 every Android user on the big three wireless networks in the U.S. will be able to enjoy a new modernized texting experience. The biggest problem is that Apple currently doesn’t support RCS, meaning that any time you text with an iPhone user you’ll lose out on encryption and all the other goodies RCS includes.

There is some hope though, RCS is a standard from the GSMA and Apple could adopt it any time it chooses. It just depends on if the Cupertino tech giant decides whether it is worth adding to iMessage or not.