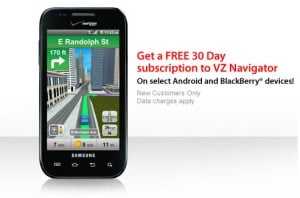 I’ve never been impressed with Verizon‘s proprietary VZ Navigator app. It constantly froze, directions were incorrect on many occasions, and it just didn’t have a good UI. That all changes today, as Big Red has announced VZ Navigator, Version X, which was previously only available to select Verizon Android devices in select cities. This new version brings tons of new and exciting features to Android devices on the nation’s largest carrier. Such features include, but are not limited to:

Now, after watching the promo video for this app, I can honestly say that for the first time since the Droid Incredible landed, I wish I was a Verizon customer, just to give this navigator a try. With that being said, Big Red wants you to give Navigator VX a shot for yourself. If you’re a Verizon customer, you can scan the QR code below and sign up for a FREE 30 day trial of Navigator VX. This trial period hold several purposes, but it’s essentially a beta, so that Verizon can get feedback from users on where they think the app needs improvement.

So what are you waiting for? Get to scanning, and let us know what you think of the app by leaving a comment below or on our Facebook Wall! Thanks to Colby for the tip! 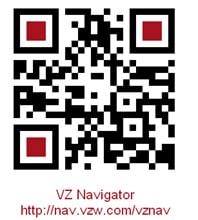