Android Central has gotten hold of a picture showing the Nexus One in Verizon Wireless’ Equipment Guide. The description clearly states that the phone will ONLY be sold through Google’s phone website, as previously speculated.  This confirms that Google will continue pushing people towards online phone shopping, and stick with its current strategy to change the way phones are purchased. 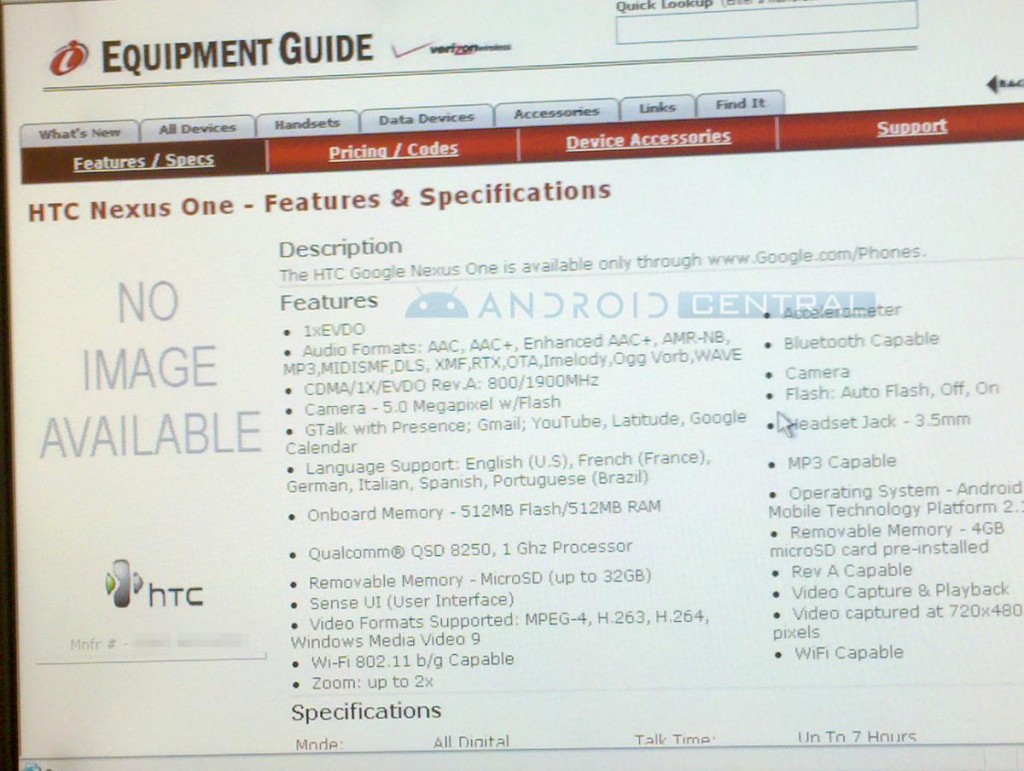 The strange thing about the picture above is the mention of Sense UI as a feature of the phone. However, I wouldn’t get too excited about it. People are just so careless these days when writing up spec sheets. We can probably chalk it up to a typo, since we know Google only wants to sell “Google Experience” devices on their site.

My first thought was the possibility of the Incredible being Verizon’s Nexus One; but then I realized how dumb that sounded and how pissed off Verizon‘s customers would be were that the case. The Incredible’s specs are also rumored to be completely different. Sources say the phone will have 6GB of internal storage, along with 1GB of RAM. The Nexus One only has 512MB/512MB. In any case, both phones are coming soon. Now, all we have to do is wait.