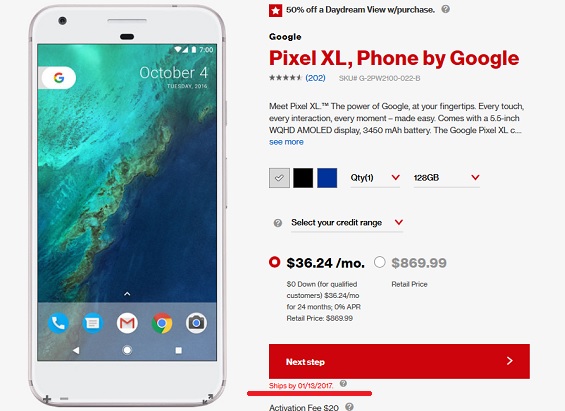 When Verizon started selling the Google Pixel a while ago, the Pixel XL 128GB was immediately sold out.

If you’re wondering whether those lucky individuals managed to get their hands on the Pixel XL 128GB, the answer is – not yet. It appears that customers who have ordered a Pixel XL are being forced to wait longer than initially expected.

While Pixel orders seem to go out in a timely manner, the Verizon website states that the 32GB Pixel XL won’t start shipping until January 11, while the $128GB model will be delayed until January 13. That’s more than a month and a half away. 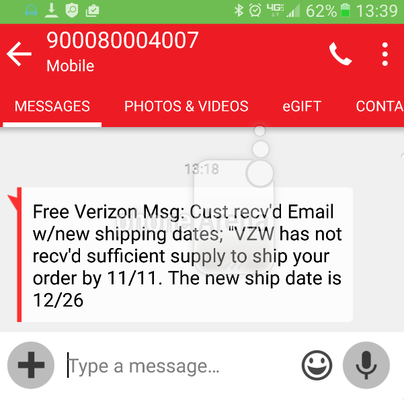 Some customers like one Phone Arena reader, has received a text from the carrier, alerting him the Pixel XL will be delayed due to insufficient supply and is due out on 26 December 2016. It’s a more optimistic estimate.

Anyway, if you still haven’t ordered a Pixel, maybe you should take a minute to consider whether you really want to buy it from Verizon. After all Google itself offers it and the Project Fi, as well. But a major difference is that the Pixel you would be getting from Verizon will come with a locked bootloader. 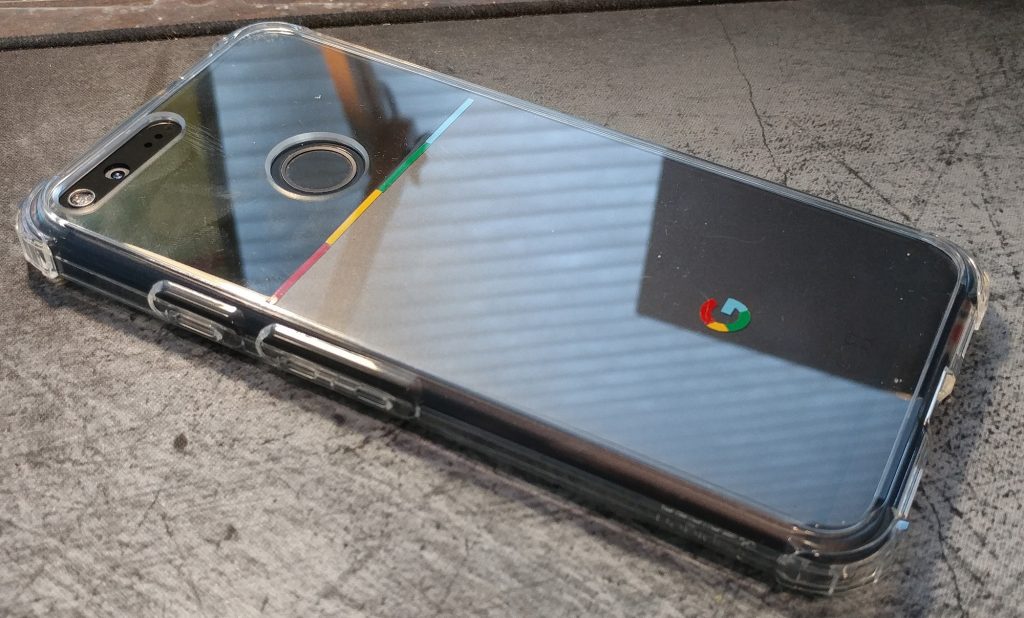 On top of that the Verizon option comes with pre-installed apps (or bloatware) like Verizon Messages or Go90.

If you worried you won’t be able to pay for the Pixel outright, let us remind you that Project Fi offers 24-month interest-free financing plans.