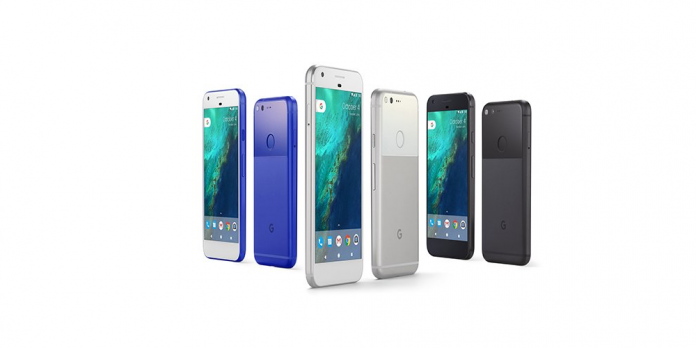 Android enthusiasts welcomed the Google’s new pair of Pixel phones with open arms, but did not take too well to the news that apart from the unlocked versions, the handsets will be available exclusively under Verizon in the United States.

Big Red doesn’t have a great track record of providing timely updates for its smartphones, so it’s understandable why the announcement didn’t sit well with fans of Google’s device lineup. Nexus models and now the Pixels are special in the Android world because they’re usually the first receive the newest updates.

During the Pixel launch event, Google stated it will deliver monthly security updates, while system updates would be the responsibility of Verizon. This basically means Google will still be in charge of making the updates, with Verizon subsequently rolling it out to its customers afterward.

The announcement put off a lot of users who were relying on the Pixel and Pixel XL to be at the forefront of receiving updates from Google. However, it doesn’t seem users have anything to be concerned about, as Verizon has just confirmed customers buying the Pixel will be getting updates at the same time as unlocked users.

In a statement released to ArsTechnica, the carrier is attempting to provide some clarity on the matter:

“First and foremost, all operating system and security updates to the Pixel devices will happen in partnership with Google. In other words, when Google releases an update, Verizon phones will receive the same update at the same time (much like iOS updates). Verizon will not stand in the way of any major updates and users will get all updates at the same time as Google.”

Google itself confirmed all of the above. The news probably comes as a relief for a lot of Pixel fans who were considering purchasing the new flagship under Verizon. So even if the handset will arrive with a locked bootloader, which is almost always the case with carrier subsidized phones, customers should be getting the same experience.

By partnering up with Verizon, Google is trying to get its new Pixel duo out into stores and in the face of the average buyer and that’s probably a good strategy for increasing their popularity. However, at this point, we see no reason why you shouldn’t be purchasing from Google itself.

First off, all Verizon is notorious for beefing up its phones with bloatware. Sure, the Pixel phones will be spared a bit, meaning they will only be carrying three apps: Verizon Messages, Go90, and My Verizon. But just knowing these phones ship with a set of pre-loaded apps is enough to put some of us off.

The Google Store sells the Pixel and Google Pixel XL at the same price, free shipping included. All configurations are available and even the 24-month interest-free financing plan is offered. Google also offers Device Protection for its phones. For $99 it covers drops, spills, and general malfunctions for two years. This is $99 option is much cheaper than paying upwards of $10 a month for insurance through Verizon. Google is also selling the phones through its own carrier – Project Fi.

Despite Verizon promising timely updates for the new Google phones, there’s no real guarantee the carrier won’t change its mind later or something will go wrong. So why risk it?