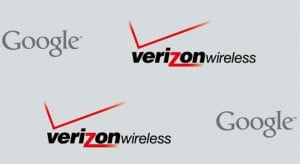 Speaking today on the joint conference with Google, Verizon CEO Lowell McAdam made it clear that Verizon and Google are committed to a long and healthy relationship together.

“I don’t wanna leave the impression that you will have to wait until next year or our launch of 4G to see the fruits of this partnership.Â  In fact over the next several weeks, we’ll begin to announce the initial devices in this family of devices that you’ll see from us over the next several years.Â  So stay tuned for some game-changing products beginning in a few weeks.” – Lowell McAdam, Verizon CEO

When it was Eric Schmidt’s turn, he took the opportunity to tout Verizon’s data network as beingÂ  the best by far… “Not by 10%,by many multiples.”Â  Â  He went on to say that they’ve spent a long time working together and Google was surprised by Verizon’s stance on openness,Â  adding that they are becoming a leader in that area.Â  Weird, right?

A few bullet points we gleaned from the Q&A:

If you’d like to listen to the replay, you can find it here.

Stay tuned for the Verizon announcements over the coming weeks!