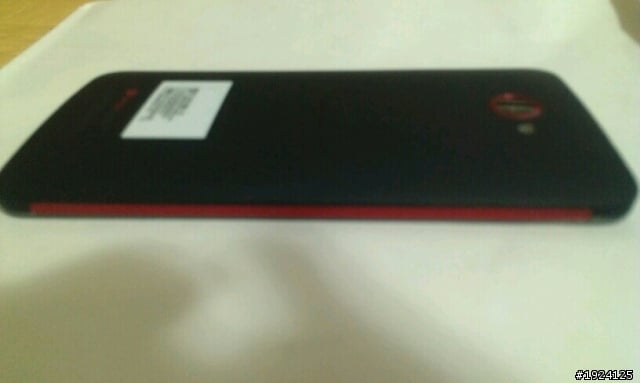 OK guys and gals, here’s something awesome to consider over this weekend.  You know that rumored 5-inch HTC phone/tablet device?  The one said to offer a 1080p HD display?  Yeah, it’s real.  Our friends over at HTC Source have been able to confirm that the handset is legit and it’s called the DIx.

As you no doubt saw in the headline, this beast is going to feature a 5-inch 1080p HD display with a downright ridiculous 480 pixels per inch.  The tipster advises that this will likely be marketed under the Droid Incredible branding, and considering HTC is the handset maker, we are inclined to agree.  Note the red and black color scheme and the fact that DIx sounds like it could be Droid Incredible X.

Other specifications and features confirmed by the source include a quad-core Snapdragon S4, 1.5GB RAM, 16GB internal storage, and a second notification LED (calls/missed alerts/charging) on the rear of the handset.

It’s not all unicorns and double rainbows though as the HTC Source insider tells us that HTC is opting to forgo microSD expansion and removable battery.  The source was also unable to get the Scribe digital stylus from the Flyer to work with the DIx and posits that the phone won’t even offer that sort of support.  Surely a buzzkill to some of you, it’s not the worst thing we’ve seen.

Now, we have to ask, who wants one of these?  How much would you pay for it?