Android devices are in a war of budget phones. While many of the flagship devices have calmed down to having minor annual updates, there seems to be a race at the bottom to see who can jam the most specs in at the lowest price. Many of those devices are mediocre at best. That is where the Spark II stands out from the rest and provides the best bang for your buck. 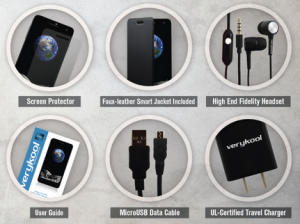 Last year I reviewed the Spark S505 which was a stellar device at the time it came out with the correct pricing for the device. verykool this time around stepped up the game and jammed more specs into the Spark II for a lower price margin. The device itself has a feel and the look of a premium device, not a phone that is sold for $169 on Amazon. It is thin, sleek, and feels extremely comfortable in the hand. I was wonderfully surprised upon unboxing the device.

Included in the box was a screen protector. I love that about verykool. They include screen protectors in the box so no need to spend additional money to buy something that you need anyways. To my surprise though verykool also includes not only a top notch screen protector but also included a really nice flip cover. This was totally unexpected and again shows how verykool goes the extra mile to provide the best value to their customers.

[blockquote author=””]The screen is beautiful and one that rivals those found on phones for more than twice the price.[/blockquote]

Spec wise, for $169, this device is off the charts. It comes with a fast 1.3GHz quad core processor. The phone felt very snappy and responsive, even after loading some games one there.

Accompanying the quick processor is 1GB of RAM which was more than sufficient in this device and an 8 GB hard drive with microSD support for up to an additional 32GB of space. I did like that on this device the manufacturer included a setting to make it easy to have the microSD card as the default storage location, that is something that I really felt was lacking in the original Spark device.

There are some areas that the phone goes above and beyond what is expected on a device at this price range. It even has some features that I wished my flagship has like dual flash and front facing flash.

One major area of improvement on the Spark II compared to the original was the camera. The device comes with an 8MP rear camera and a staggering 5MP front facing camera that will put your selfies in beast mode. The quality of the camera was pretty decent, but as I stated the most intriguing feature was to include dual flash on the rear and a front facing flash for those night time selfies.

Here are some example pics I took while at Disney: 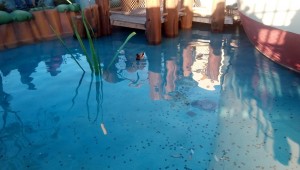 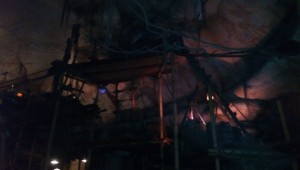 As good as the camera is, the most breathtaking feature that I found on the device was the screen. The screen is amazing with a 5.0″ IPS LCD capacitive touch screen. The screen is beautiful and one that rivals those found on phones for more than twice the price. It displayed Netflix, pictures, or just the home screen brightly and easy to see in different viewing angles and various lighting situations.

The device includes the typical radios like Bluetooth 4.0 LE, Wi-Fi, Wi-Fi Hotspot/USB Tethering, FM Radio, and HSPA+. Unfortunately the device does not include 4G LTE, but really at $169 is that much of an issue?

Using T-Mobile in San Diego, I was able to cruise at speeds around 20 mbps and that was more than fast enough for my daily use.

Another neat extra that verykool includes is that the Spark II is a dual sim card phone. There are slots for a standard sim card and a micro sim card. Being that my main job is working out of Mexico and I cross the border daily I found this feature to be a dream come true as I was switching services between T-Mobile and Telcel.

Here is a break down of the major specs of the phone:

Feeling light and a nice touch of sophistication, the Spark II is a premium device at a discounted price tag. When I looked up the price, I was quite surprised to see the phone was only $169 because after using it for a few weeks I feel that this device could have easily sold for $350+. If you are in need of a premium feeling, dual sim, unlocked phone that won’t break the bank then the Spark II is the phone that you need to get.

You can find verykool’s Spark II on Amazon right now for $169 with free shipping.