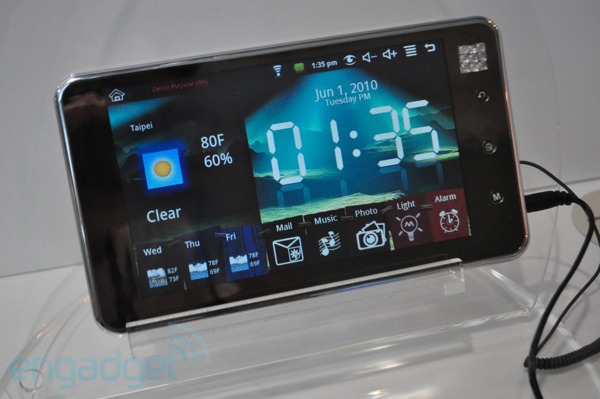 It looks like the $100 tablets we previously reported on last week made an appearance at last week’s Computex show in Taiwan.  Chipmaker VIA said that they had several tablets coming out that were in the $100 – $200 range, and today Engadget is reporting that they had some hands on time with 4 or 5 of the devices. Almost all of the tablets viewed have 7-inch resistive touch screens, ARM processors and run Android 1.6.

One VIA tablet, pictured to the left is one of the tablets, and it was almost mentioned that while it felt cheaply made, the Android skin and homescreen impressed all those who were playing with the device.  Head on over to the Engadget article to see more images.