Viddy has released its official Android application today, bringing its video sharing capabilities to a whole new audience. Available immediately, the free app lets users add video effects or music to their clips and share them across multiple networks. The Viddy app works on both smartphone and tablet and even has a few Android-specific features that make for a fun experience. 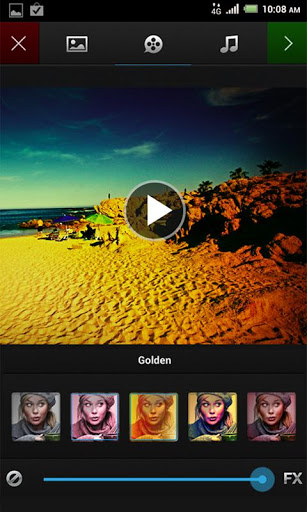 Using Viddy, consumers can use their iPhones, iPads, iPods or Android-based phones and tablets such as LG’s Nexus 4, Samsung’s Nexus 10 and the Samsung Galaxy S3 to easily create, beautify and share mobile videos.

With more than half of all smartphone owners using Android devices, Viddy for Android expands the community of Viddyographers to the tens of millions of consumers using Android-based smartphones and tablets while making it easier than ever to share beautiful videos with friends and family.

“Google’s Android-based OS is a great technology but developing an optimal social mobile video app proved to be a complex process. Different form factors, different versions of the operating system, challenges in accessing hardware acceleration for editing were just a few of the hurdles,” said Brett O’Brien, co-founder and CEO of Viddy. “Viddy is the only company to overcome these challenges and bring to market an app that provides a great user experience.”

With more than 1.3 million new Android devices activated each day, Viddy made it a priority to deliver a best–in-class mobile video app experience that maintained the intuitive design and user interface of Viddy for iOS, but still conformed to the myriad of Android smartphones and tablets. Viddy for Android app is optimized for some of the unique capabilities of the Android OS, but more importantly it provides users a great experience and easy way for them to easily create, beautify and share videos.

Viddy is a mobile video app designed to connect people through video by giving them the power to easily create, beautify and share short videos with friends and family with their mobile phones and tablets. Initially launched for iOS devices including the iPhone, iPad and iPod, the app is now also available for Android smartphones and tablets. Many developers are also utilizing the Viddy API to incorporate mobile social video into their app experiences.