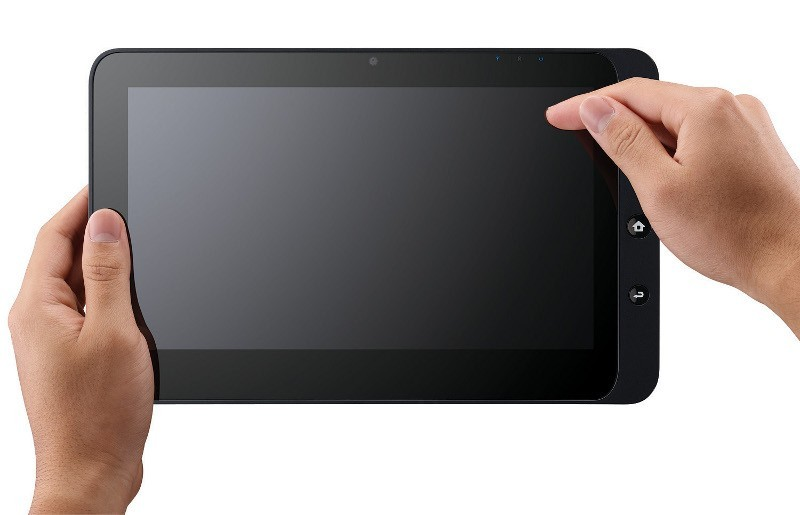 ViewSonic announced the “world’s first” dual-boot Android/ Windows 7 tablet earlier today at IFA 2010. The Android side of things is 1.6 which might turn away tech savvy early adopters, but the rest of the tablet sounds good on paper. The Viewpad 100 comes with a 10″ capacitive LED touchscreen (1024×600), an Intel Atom N455 1.66GHz processor, 16GB SSD, and 1GB DDR3 RAM. There are also two USB ports, Bluetooth, WiFi, A-GPS, an accelerometer, and a 1.3MP front-facing camera. Like us, you’re probably wondering why two operating systems for the tablet. Here’s the ViewSonic rationale.

“We want to supply users with a tablet computer that incorporates both Android and Windows as we believe in providing an open approach to mobile technology to users who may not wish to be tied to a specific operating system. The ViewPad 100 is aimed at those who want the speed and portability of Android without losing the advantages of having a Windows-based system. We recognise many users may be transitioning from a netbook but will possibly struggle with the learning curve of a new OS, even for simple tasks as uploading photos or using a VPN. Eventually they may choose to favour one over the other, but they will always have the choice.”