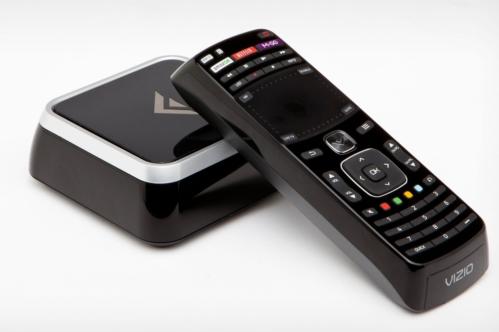 Earlier today, we told you about the revamp of the Google TV home page, complete with new landing page and “How It Works” instructions. We also mentioned a new Google TV device directly from Sony – the NSZ-GS7 – which has our attention for sure. Now, however, we’ve got a new player in the ever-increasing GTV game: Vizio. Known for their affordable HD televisions, the company has now announced the new Co-Star. The Co-Star will be available in July, and will sell for $99. Here’s another thing, though: the new box will have OnLive streaming game service. Why is this worth noting, aside from the fact that it exists in the first place? $99 is the exact price tag of the OnLive MicroConsole, also sold by Vizio. Choosing between the two, which would you go for? We can answer that pretty easily.

Also, thanks to the new ARM processor, the price actually undercuts the original Logitech Revue. Be sure to let us know what you think in the comments!