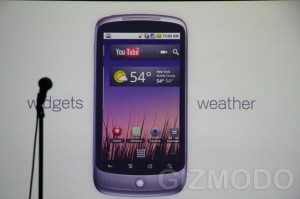 For the folks at Vodafone, spring 2010 is only a “few short weeks” off.Â  Those of you across the Atlantic will be happy to know that the Nexus One will start rolling out before too long.Â  After starting in UK,Â  the handset will land in France, Germany, and more as 2010 rolls along.

“I can confirm that Vodafone is the first operator to partner with Google to offer the Nexus One in Europe, starting soon in the UK, in a few short weeks,” a Vodafone spokeswoman told AFP. “No detail on pricing and precise timing has yet been made, but that will come in a few weeks.”

Like T-Mobile US customers, Vodafone subscribers will be able to purchase a subsidized Nexus One phone with a contract.

Change Ad Consent Do not sell my data
Contact us: [email protected]idguys.com