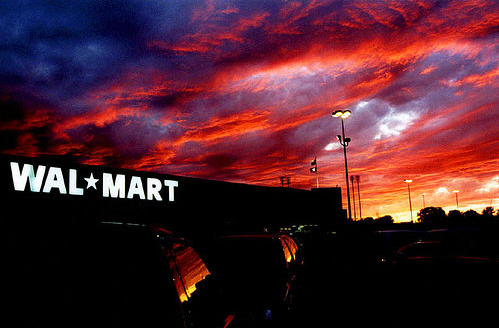 Part of my daily routine involves checking my RSS and twitter feeds while I drink my morning coffeeÂ  as both seem to help me get my day going. Â  As much as I’d like to think the world stops with Android news once I go to bed, sadly it doesn’t.Â  So I play catch up for a bit.Â  One headline I saw pop up a couple of places this morning was that Walmart is going to offer the Nexus One.

It appears that the nation’s largest retailer has already created a landing page on their Let’s Talk page and is letting people sign up to learn when the handset is available.Â  This doesn’t surprise me much as pretty much any other Android handset to come out so far is available through this channel.Â  In fact, they often offer better prices than when dealing with the carriers.Â  Similar to Best Buy, Walmart will eat some of the cost provided you sign an agreement.

Although there is no listing of price just yet, phoneinferno is saying they’ve heard $99 for the Nexus One, unlocked.Â  Until we hear this from bigger, more reputable names, we’ll treat this an unconfirmed rumor.Â  That’s quite a bit of money off the top considering that it’s unlocked.Â  Now, a 2-year contract… that sounds more likely.

It should also be pointed out that the specs listed for the Nexus One differ here from those listed on the GoogleÂ  site.Â  This is the first time we’re seeing both 1xEvDO as well as UMTS/HSDPA 850/1900 support.Â  Will this be available for Sprint and/or AT&T or could it be they mixed up the specs?Â Â Â  Either way, we’ll be watching this closely and let you know what we learn!