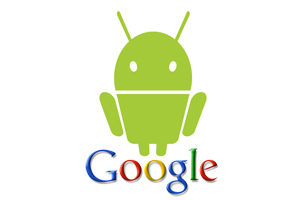 AndroidGuy was formed in the backroom of a T-Mobile retail store in early November 2007. I, along with Scott and a few others were giddy about the prospect of owning a mobile device with little to no restrictions. We would be able to run any flavor of the Android platform that we so desired because it was going to be open source. It was going to revolutionize the mobile phone industry as we knew it. Carriers would no longer hold all of the chips, as they would be forced to compete for users on a more level playing field. If I didnâ€™t like the way I was being treated I would just take my open source handset, and go play somewhere else.

Fast forward two years, and let’s take a look at the state of the mobile phone industry. From my vantage point very little has changed as it relates to the end userâ€™s experience. T-Mobileâ€™s Android based handsets are locked down just as much as an Apple iPhone or a Windowâ€™s Mobile device, and the Android platform isnâ€™t exactly the panacea I thought it would be as I sat at that table two years ago.

This brings us to the recent dust up in the Android community. Googleâ€™s decision to enforce the Terms of Service violation clause on Cyanogenâ€™s works canâ€™t be argued. Google does in fact own the intellectual rights to its apps, which gives them the right to control distribution. Some might argue that the software is already free to anyone who chooses to use it, so why would Google even care? I am sure Google would argue their software is in fact free, but itâ€™s free on their terms and they have an obligation to their shareholders to control the way that distribution takes place. Anyone attempting to form an argument on Cyanogenâ€™s behalf is wasting their breath. Rules are rules, and these happen to be in black and white.

It is my belief that Google acted totally within their rights legally, and their reaction wasnâ€™t heavy handed at all. As much as I wanted to blame them for dropping the hammer they simply had no choice here. Iâ€™m sure they donâ€™t believe Cyanogenâ€™s works were sinister in any way, but in the end they were backed into a legal wall. If they didnâ€™t go after Cyanogen regardless of what his intentions were it could have made it more difficult to stop other abuses down the road. Thereâ€™s no nice way to do what Google did, because thereâ€™s no way of tip toeing around the TOS.

What I find ironic about this entire episode is that Cyanogen does what he does because thereâ€™s a definite need for it. Had it not been for Cyanogen 4.0.4 I was all set to dump my My Touch 3g and deem it unusable for everyday activities! In fact if you were in the chat room during last weekâ€™s pod cast you may have seen me trying to hock it for a G1. The stock ROM it shipped with to put it kindly left a lot to be desired in terms of stability and speed. Thanks to Cyanogen I now have a phone worthy of the â€œnext genâ€ moniker.

Two years ago I never would have imagined Google playing the â€œTOS cardâ€ because it hasnâ€™t been a part of their past make up. However, two years ago Android was a mere glimmer in most of our eyes. Perhaps this is the beginning of the revolution we envisioned two years ago. Itâ€™s a brave new world.