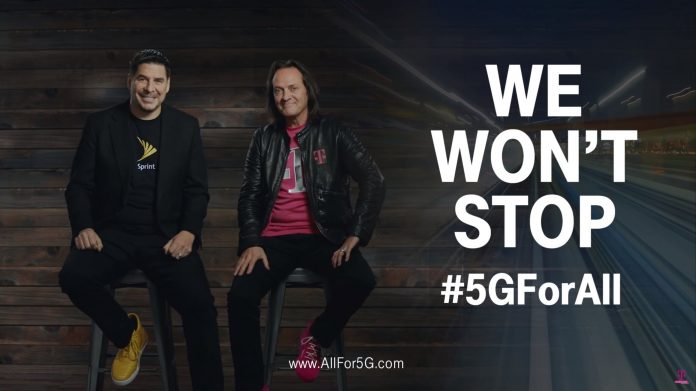 As you may know by now, Sprint and T-mobile have officially decided to merge. The companies have danced around merging for several years, never coming to terms. Late last year year, the companies appear to have finally called off talks only to rekindle them in the last week. Now, it appears the merger is on.

The new company will operate under T-Mobile’s flag and will be led by current T-Mobile CEO John Legere. It will keep headquarters in Bellvue, WA and Overland Park, KS, the current homes of T-Mobile and Sprint, respectively.

But the deal obviously raises some questions. Almost every economist will tell you that when you have fewer choices, prices tend to rise. Also, when companies merge, they tend to “streamline” and many people lose their jobs. To allay these fears, John Legere and Marcelo Claure, Sprint’s current CEO, took to YouTube to state their case for the new T-Mobile.

Legere and Claure make a forceful case that a combined company is the only hope for a nationwide 5G network. Whether that’s true or not, the new T-Mobile will have far more resources than the separate companies. T-Mobile owns a ton of spectrum in the 600 Mhz band while Sprint owns a significant amount of low band spectrum itself. Additionally, the companies can combine finances and talent to make the process more efficient.

Read more: What Is 5G and do we need it?

The new T-Mobile will have more than 100 million customers and that will give it significant power in the marketplace. We’ve already seen what the current T-Mobile can do. It pressured Verizon and AT&T to follow its footsteps with moves like getting rid of two-year contracts. Now it will have even more clout.