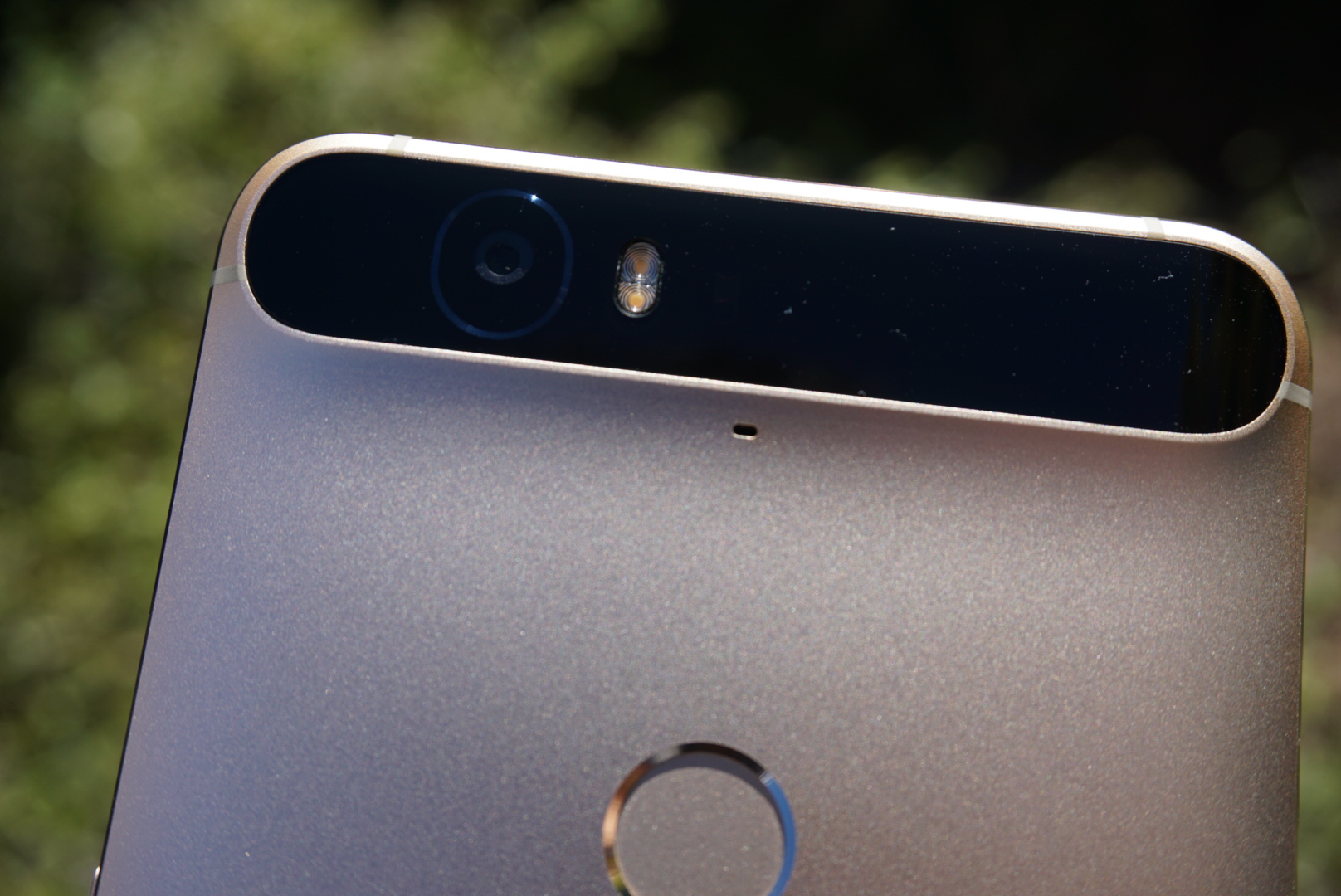 Flagship smartphones are the race cars of the mobile device market. With normal automobiles you don’t need to go 200mph just to get to work. You don’t need specialized tires, exhausts, engines, and steering wheels for an everyday driver, but that doesn’t mean you don’t want to go fast. Sometimes you want more than you need, and there is nothing wrong with that if you can afford it.

Without race cars, the limits of automobile technology wouldn’t be pushed. Did you know the rear view mirror and disk brakes came from race cars? What seemed innovative when those products were invented are now standard on all cars and trucks.

The smartphone industry is no different – flagship smartphones push the limits of what you can do with mobile technology. 1080p HD displays were “overkill” just two years ago, but are now almost a must have on a smartphone no matter the price. Fast processors, ultra-clear displays, massive amounts of RAM, and killer cameras on flagships make the mobile tech industry move forward.

While budget smartphones are an area of focus for me, I realize I may have forgotten about the enthusiasts who do want to go 200mph on their commute to work. So I have put together my list of the best flagships you can get before Mobile World Conference brings us a whole host of new phones for 2016.

Bear in mind, when 2016 came about, I made a vow to only use smartphones that are unlocked and cost less than $400. Flagship smartphones are a passion of mine, but for 2016 I am only going to use and review smartphones that can save you hundreds of dollars.

With that being said, I still want to share the top five Android flagship smartphones you can get today without taking money into consideration. 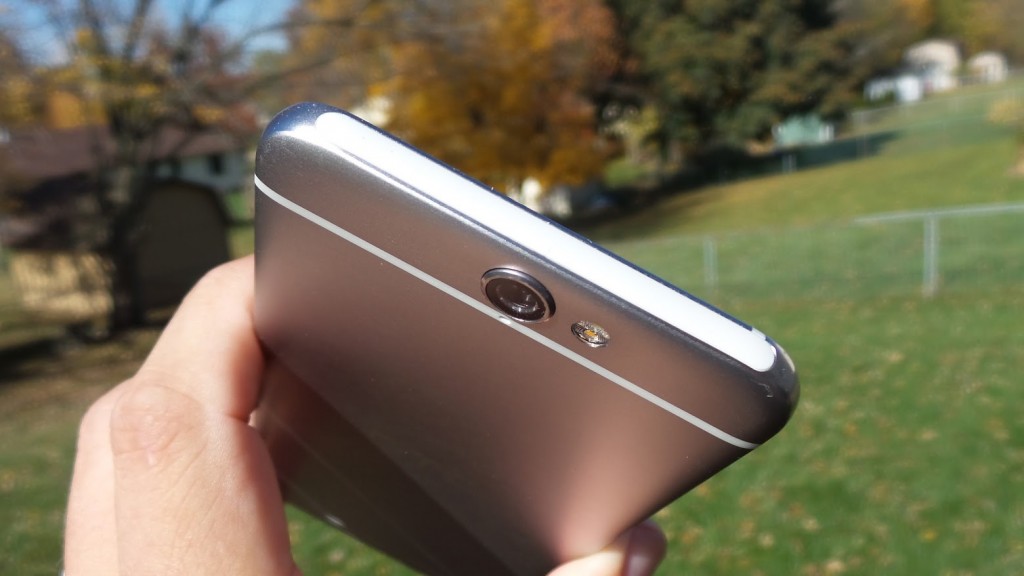 One of the most underrated phones is the HTC made One A9. Software wise, it is one of the few devices that actually runs Android 6.0 Marshmallow with its litany of features many users yearn for. The One A9 is very easy to hold with an all metal design, has a fantastic fingerprint reader for security, and comes with UH OH protection. No other flagship offers free protection from accidents, and that is what sets the A9 apart from the crowd.

No matter how hard some people try, they will drop, scratch and break phones – even with cases on. Replacing or fixing a device is never cheap unless you buy the HTC One A9, since it is free. And better yet, with Android 6.0 the A9 runs buttery smooth and has great battery life.

HTC One A9 Review 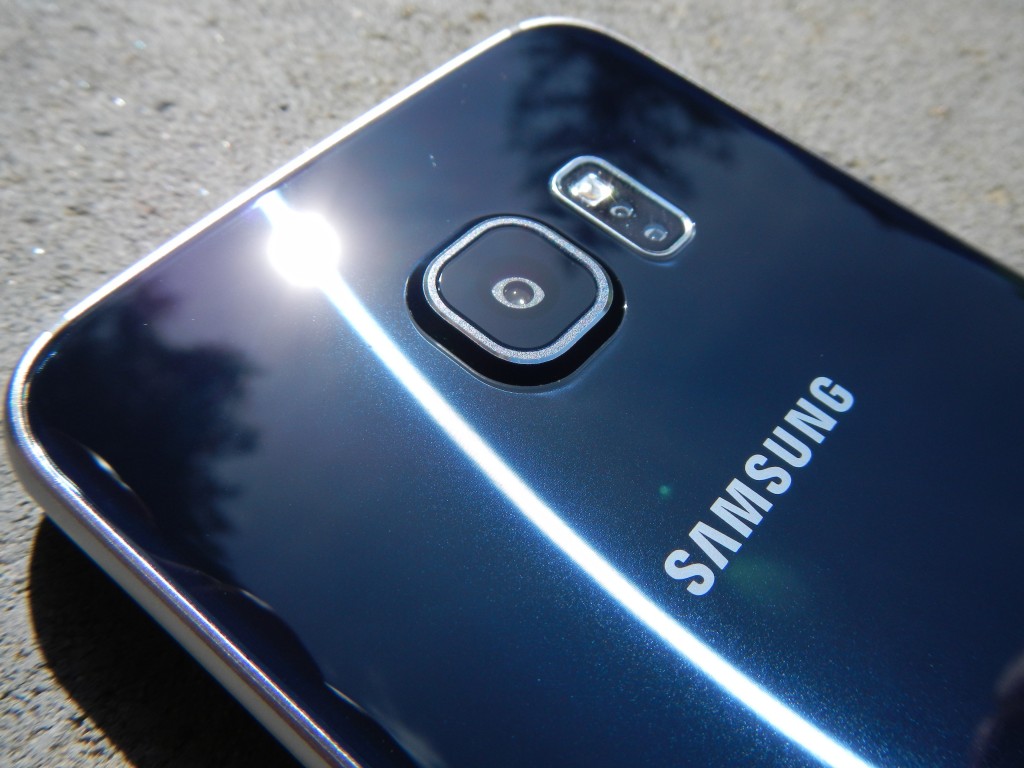 Without question the Samsung Galaxy S6 edge is one of the most unique 5.1″ smartphones you can get today. It has a gorgeous 2.5D dual curved display that easy to use in one hand. With a Samsung made Exynos octa-core processor, and 3GB of RAM, the S6 edge frequently sits atop benchmark tests even though this phone was released almost a year ago.

The dual edge display wraps around the sides to give the phone a full display without bezels. As beautiful as the S6 edge is, the best part about the phone is the 16MP rear camera which is only matched in quality by its bigger brother, the Galaxy Note5. No other non Galaxy smartphone comes close to the high-quality pictures from the S6 lineup. And that 2k Super AMOLED display is to die for.

The main gripes I have with the S6 edge are the lack of expandable memory, slow updates, and replaceable battery. But it is still a great device you can still use in one hand. 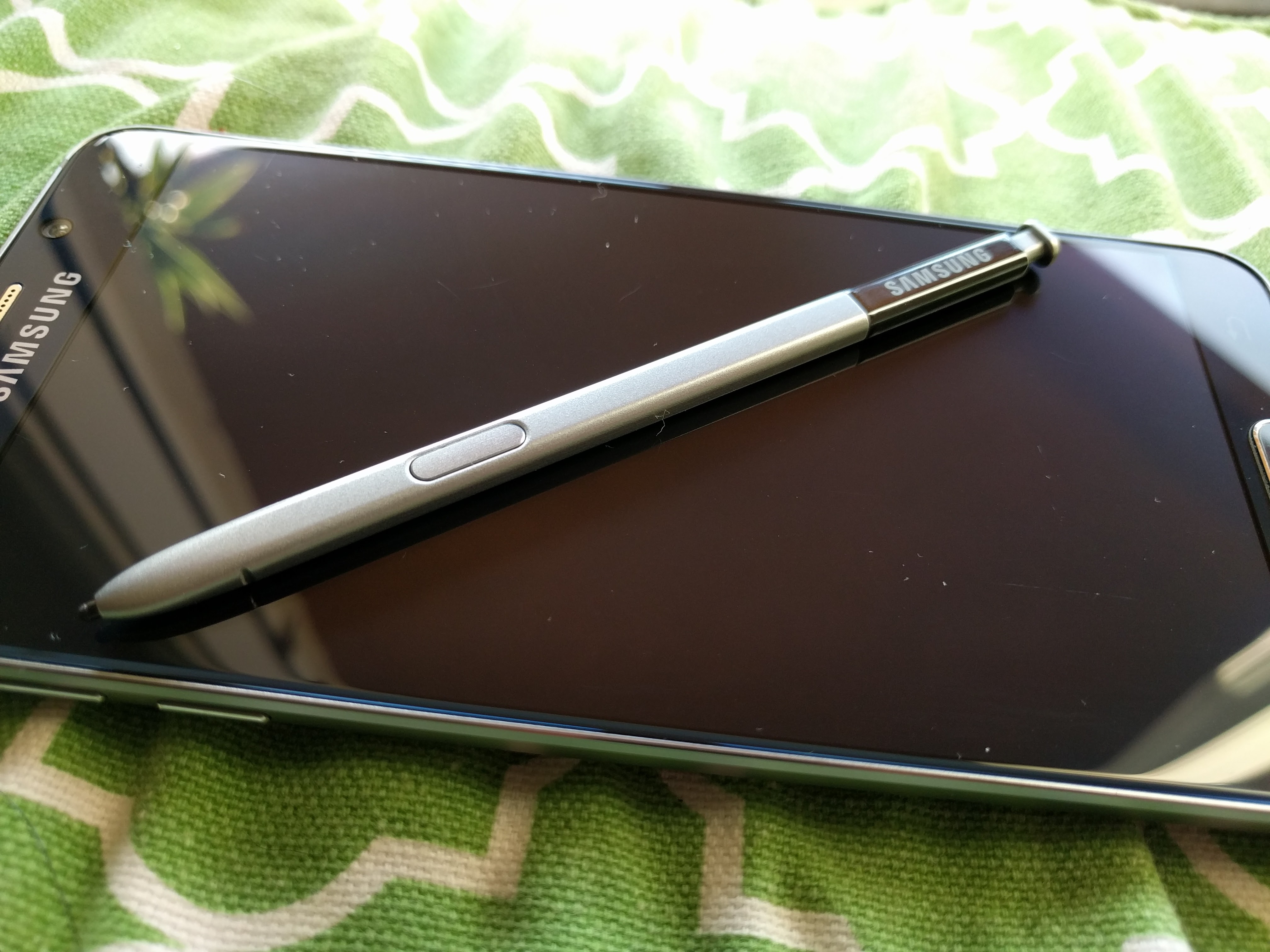 Any other year and the Samsung Galaxy Note would have been my top pick. The Samsung Galaxy Note line is arguably the most functional smartphone you can get with its top of the line specs, and one of a kind stylus. When the first Note came out, people laughed and said the large display was unwieldy. But the choice to go with a 5.7″ display set the trend for other large smartphones.

While the Note5 sits at number three, it used to sit at number one for me. Samsung decided to take away features like the IR Blaster, expandable memory, and removable battery from its most prolific smartphone. It replaced those features with an S6 like build that included a metal frame sandwiched in between two very sturdy pieces of Gorilla Glass 4. The processor, camera, and 2k AMOLED display are the best you can get on any smartphone. And like the S6 Edge, the Note5 also has built-in wireless charging capabilities making it much more convenient to recharge your device.

And the S-Pen, while not for everyone, is super useful for those who still like to use a pen for note taking.

Random question – Did you know Samsung refers to the Note5 without a space in the name? 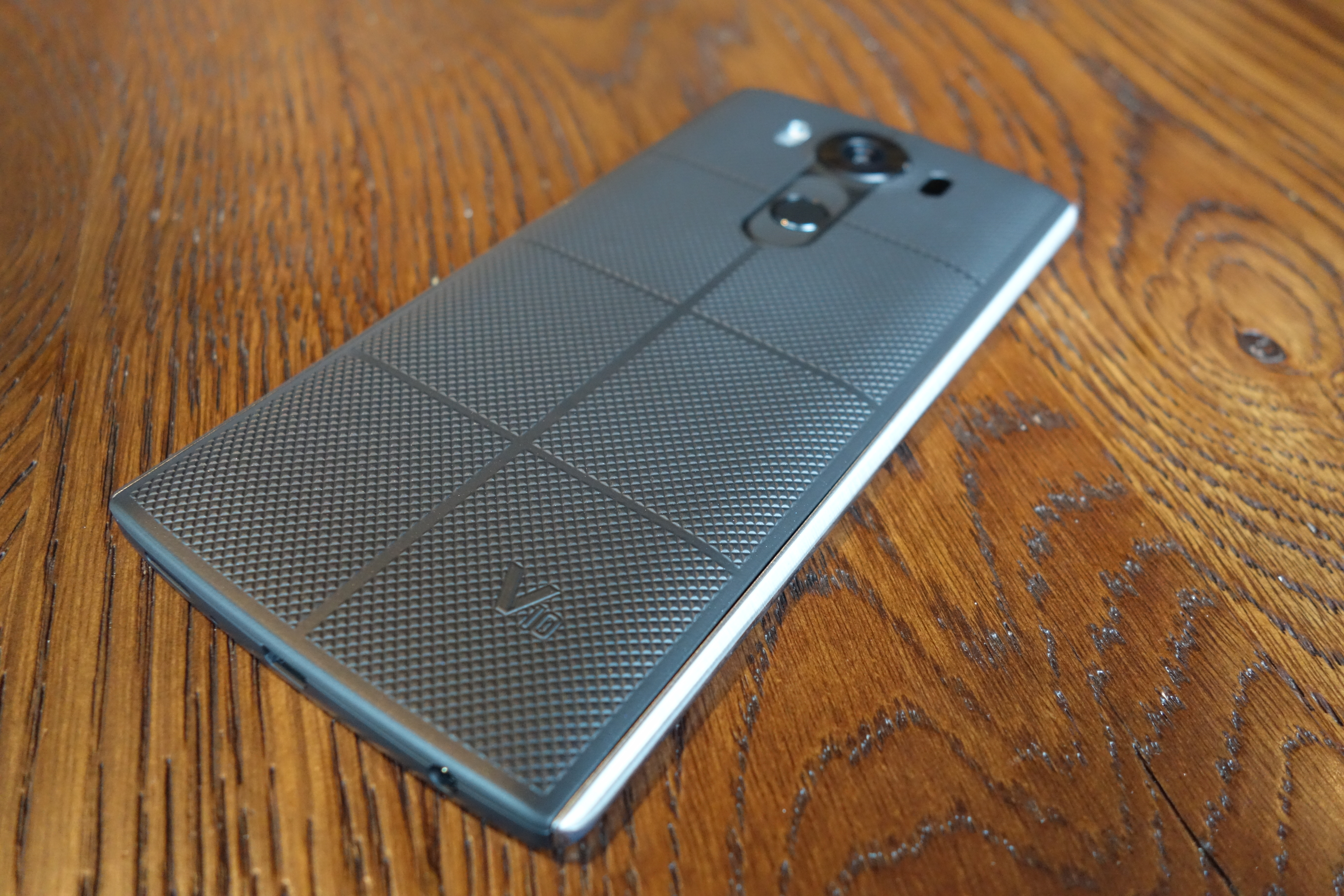 LG quietly sneaked out a powerhouse in the second half of 2015 with the LG V10. The LG V10 is a dual display smartphone with just about every feature you can think of. The dual display is similar to the Samsung Galaxy Note Edge design from 2014, but instead of the second display being on the side, it sits on top of the main display. You can control your music, see current weather conditions, check recently used apps,and see notifications all without disturbing your main display.

The V10 also added real steel siding to the smartphone that gives it a gorgeous look with a four foot drop rating to keep it from breaking in minor accidents. The base memory is also massive at 64GB with the option to expand via the micro SD card slot, and it also has a user replaceable battery too. I find the V10 to be the replacement for what I miss most in the Galaxy Note5. The Quantum 2k display is a real gem too – it has one of the clearest displays of any smartphone and it does it without Samsung’s Super AMOLED technology.

If you like HiFi music, the V10 also has a built in digital to analog converter(DAC) which is audiophile code for a chip that makes music sound awesome. The built-in DAC sets the V10 apart from all other Android smartphones.

The best of the best Google Nexus 6P 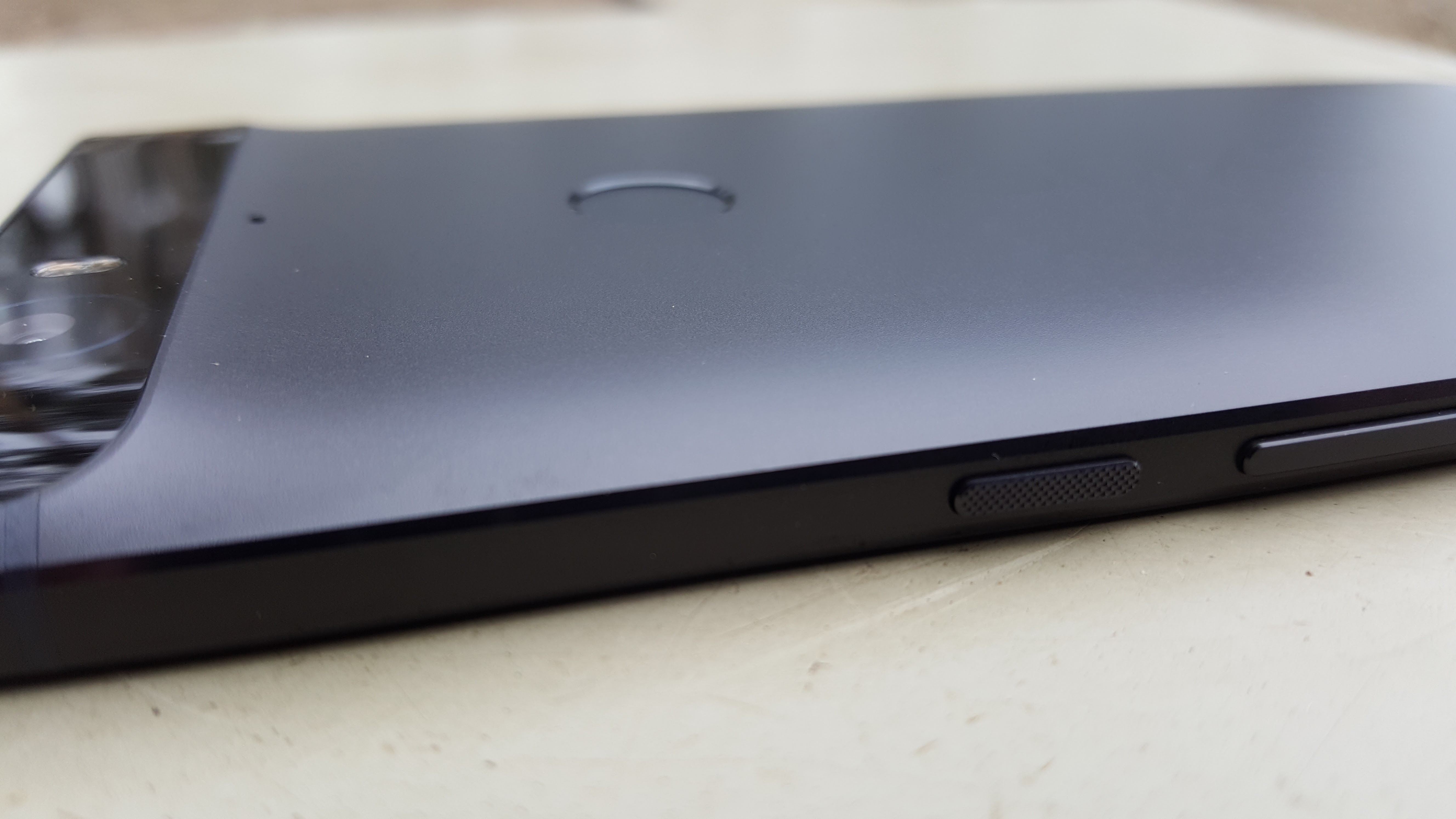 You can’t go wrong with any of the top three phones if you like plus sized phones. But the Huawei made Google Nexus 6P is the overall champ of the flagships. It comes in an all metal body that is gorgeous, easy to hold, slim and “premium”.

What sets the Nexus 6P apart from the others is the ability to be used across any network, including Google’s own Project Fi, and the pure unadulterated version of Android 6.0 Marshmallow. Manufacturers are struggling mightily to keep up with Google’s software updates, and sometimes over-customize what Android should be.

The Nexus 6P doesn’t have the greatest specs on paper, but with a clean version of Android it has incredible battery life, access to the most timely updates, and the smoothest software interface of all Android smartphones. The included fingerprint reader on the back is also amazing with incredible accuracy, and your finger will not only unlock your device, it will also turn on the display.

Other flagships that are sold through wireless carriers get added bloatware, and another layer of customization which slows updates to a grinding halt while taking up valuable space. Pure Android 6.0 Marshmallow is Google’s idea of what mobile software should be and I agree 100%. It’s fast, clean, and gets regular updates.

Nexus 6P at Amazon.com, and Google.com

I know my top five smartphones that you can get today may not match your list. Let me know in the comments below what your top five picks would be.