The first details for Samsung’s camera-centric Galaxy S5 experience have surfaced in new benchmarks. Assuming they’re accurate, the SM-C115 should employ a hexa-core Exynos chip, a 4.8-inch 720p display, 2GB of RAM,  internal storage, and microSD expansion. As for the camera aspect, we could be looking at a 20-megapixel sensor for the back and 2-megapixels up front. 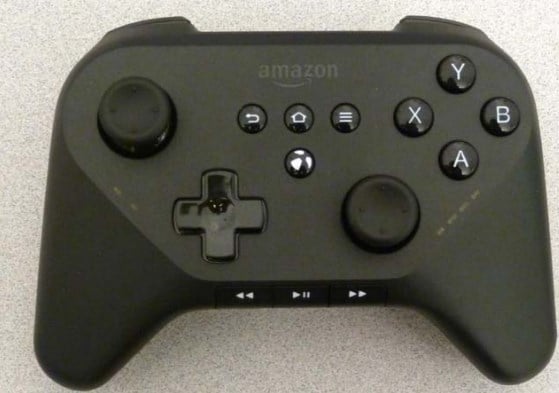 Although rumors of a set-top Amazon experience have been floating around for months on end, we’re finally starting to “see” movement. An image of the alleged Bluetooth controller has emerged, leading many to assume the device could focus heavily on gaming. The button configuration shows the popular Android functions so we might expect easy navigation for apps, perhaps like a Roku.

The upcoming LG G3 could be waterproof and dustproof, according to Korean news outlet ETNews (translate). Although there’s no indication as to when the device will arrive, it’s likely to land with a big bang.  Recent chatter also suggests the G3 will be the basis for the Nexus 6, due later this year.

A user agent discovered on LG’s website tells us that the G3 could employ a 2,560×1,440 resolution display, or 2K picture.

The picture for the long-anticipated Google smartwatch gets clearer thanks to a new set of alleged specifications obtained by evleaks. According to his source, the LG-made device will feature  1.65-inch LDC (280×280 pixels), 512MB RAM and 4 GB of internal storage. Processor and battery are still unclear but we expect that to surface in the coming weeks.

Amazon’s rumored first smartphone is expected to debut later this year, according to The Information. While this isn’t the first time we’ve heard such chatter, there’s a bit more to add to the story. Reports indicate the device is under the code name of “Project Aria” and Amazon is evaluating various markets for its eventual release.

Google’s recently announced 3D mapping project, Project Tango, has shown up on Chromium, the Chrome issue tracker. It has been revealed that the 5-inch phone will feature a 4-megapixel rear camera with 180 degrees Field of View (FOV), a depth camera 320×[email protected] and a front-facing camera with 120 degrees FOV.

Google could turn to Intel for the processor of the next-gen tablet experience. Rumored to be the Nexus 8, it may feature Intel’s Moorefield processor which offers 4 cores of 2.3GHz worth of power.  Should this prove accurate, it may spur development of apps written with compatibility for Intel chipsets.