Sony surprised us all when it debuted a new Xperia X line of smartphones at MWC 2016, with no typical Xperia Z refresh in sight. Fortunately, the company later addressed the confusion, saying that its Xperia Z line has come to a close.

Some aren’t too phased by the moniker change. It’s not like the Xperia X phones are a drastic departure from what we’ve known an Xperia phone to be. But this means that it can be confusing to tell what exactly is happening (especially with three new phones). So, let’s concisely break down the changes Sony has made.

The biggest change is the size offerings. Whereas the latest Xperia Z5 trio had variety (4.6″, 5.2″, and 5.5″ display sizes), all of the new Xperia X phones have the same 5″ size. That is pretty disappointing, in my opinion. 5″ is considered small these days, and the varied sizes in the Z5 covered different consumer preferences.

You can essentially think of the three Xperia X phones has the same phone, but with varying tiers of specs. From the bottom to the top, there’s the Xperia XA, Xperia X, and Xperia X Performance. Let’s compare each with their Xperia Z5 predecessors.

The Xperia XA and last year’s Xperia Z5 Compact aren’t really that much different. The biggest change is the 0.4″ increase in screen size.

However, the Xperia Z5 Compact does best the new low-end in a couple ways. Despite the MediaTek MT6755 having an octa-core processor, it’s still considered a mid-range performer, unlike the high-end Snapdragon 810 SoC. The Z5 Compact also had double the internal storage and 400mAh more battery capacity.

The middle siblings in both of the lines are even less distinct. We only have a 0.2″ difference in display size.

Again, we’re comparing a mid-end SoC (Snapdragon 650) with a high-end one (Snapdragon 810). All of the other specs are almost a mirror copy. The newer Xperia X has a higher megapixel front camera while the Z5 has 280mAh more battery capacity.

Sony’s new top-end phone offers the latest in speed, thanks to the brand-spanking new Snapdragon 820 beast, but the Z5 Premium strongly holds its own in a couple ways.

First, the larger 5.5″ screen offers a sweet-spot size for many users, and it could do a whopping 4K resolution. The new Xperia X Performance plays it safe with a modest 1080p panel. Additionally, the Z5 Premium had a lot more battery capacity (730mAh more).

It will generally be hard to tell the difference between the two Xperia lines; from a distance they look identical. But close up, you’ll find some subtly distinctive design cues.

On the new design, the glass on the front curves into the side frame, giving a smooth edge and just better aesthetics. The metal frame is overall more rounded for a better feel in hand.

All of the phones in the Xperia X line have a metal back. The only difference is that the Xperia X Performance stands out more with a premium, brushed-metal finish. In contrast, last year’s Z5 lineup had glass back covers. Albeit, they were frosted with a matte finish, therefore, there visually isn’t a huge distinction between the two materials (except from the specialty chrome Z5 Premium, which had a mirror, glass back). Metal holds up better against damage, though.

One unfortunate point is that Sony is letting up on the waterproofing. Whereas all the phones in the Z5 family had the IP68 rating, only the top-end Xperia X Performance retains it now.

Lastly, only the Xperia X and X Performance get special treatment with regard to the fingerprint scanner. It’s still side-mounted, like on the Z5 phones.

The primary camera in the Z5 phones last year were already top-notch (they all used the same 23MP Exmor RS sensor), but Sony’s not done yet. While the Xperia X and X Performance appear to use the same module (24mm wide-angle G Lens at f/2.0), there’s now “Predictive” Hybrid Auto-Focus. That means that the Auto-Focus intelligently tracks moving objects (constantly predicting where it will move), so that the focus does not get uninterrupted by movement. 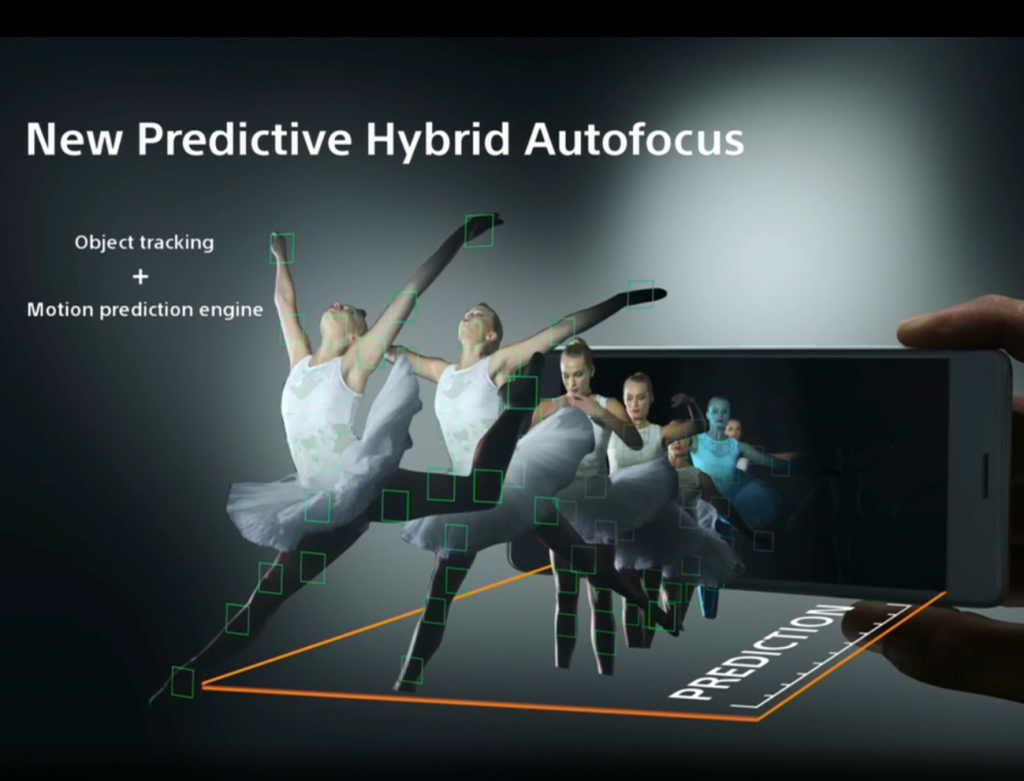 If you’re eyeing the Xperia XA, sadly it doesn’t have the superior optics. It still has Sony’s Exmor RS technology, but at 13MP instead of 23MP. And there’s at least Hybrid Auto-Focus (sans the “Predictive” feature).

I wouldn’t say that the new Xperia X announcement got the best reception. It’s somewhat confusing when Sony builds up the Xperia Z line, only to bring it to a screeching halt. I loved how the Xperia Z5 family offered the choice of small, medium, or large (no other manufacturer does). It’s a pity that it was short-lived.

Alas, Sony’s mobile division has been suffering and something had to change. The hardware got subtle but welcomed refinements and the camera got some new tricks. Let’s just hope that this is enough.

Do you think this is the right move? Are you sold on one of the Xperia X phones?