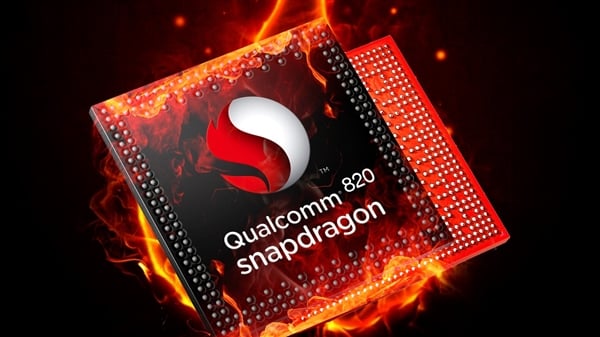 The flagship smartphones that Mobile World Congress 2016 presented to us are very different. However, one thing most of them share in common is the underlying Snapdragon 820 chipset. Even the newest in the Galaxy series, which went all in on Exynos last year, jumped back in with Qualcomm. 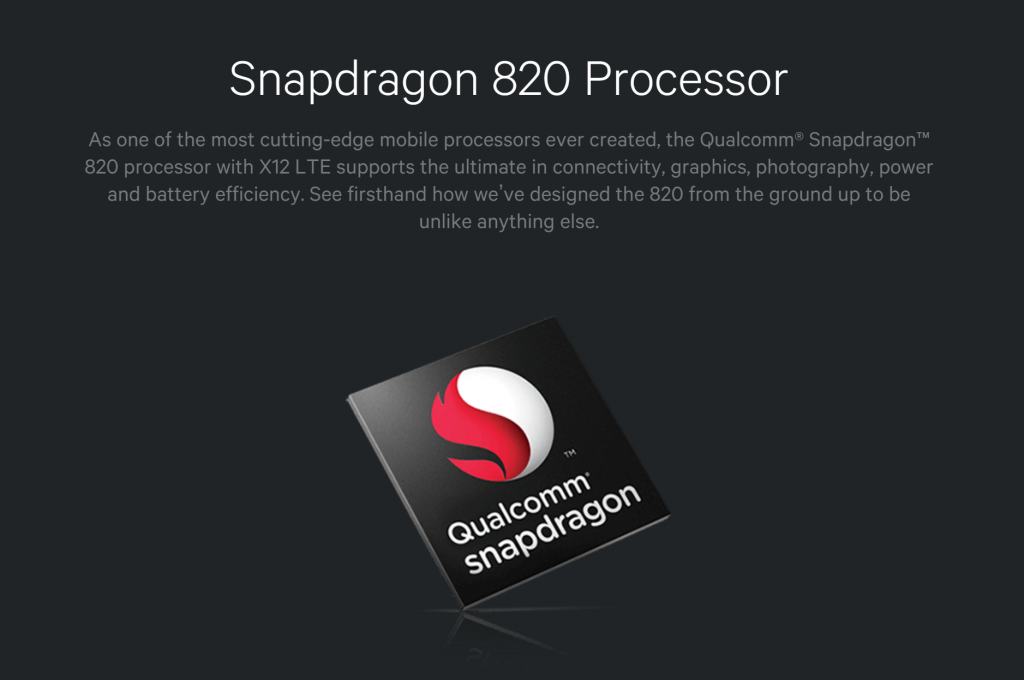 It’s interesting that all of the OEMs can forgive and forget about getting burned by the previous Snapdragon 810. It was pretty much the laughing stock all last year; unable to keep those eight cores under control. Qualcomm hopes that we can put that misfire behind us and go back to the way things were.

We all understand the 820 to be a beast, but how so? What exactly has Qualcomm changed since the 810? I’m sure there’s more than worth covering in nerdy details. Instead, let’s go over the important highlights. 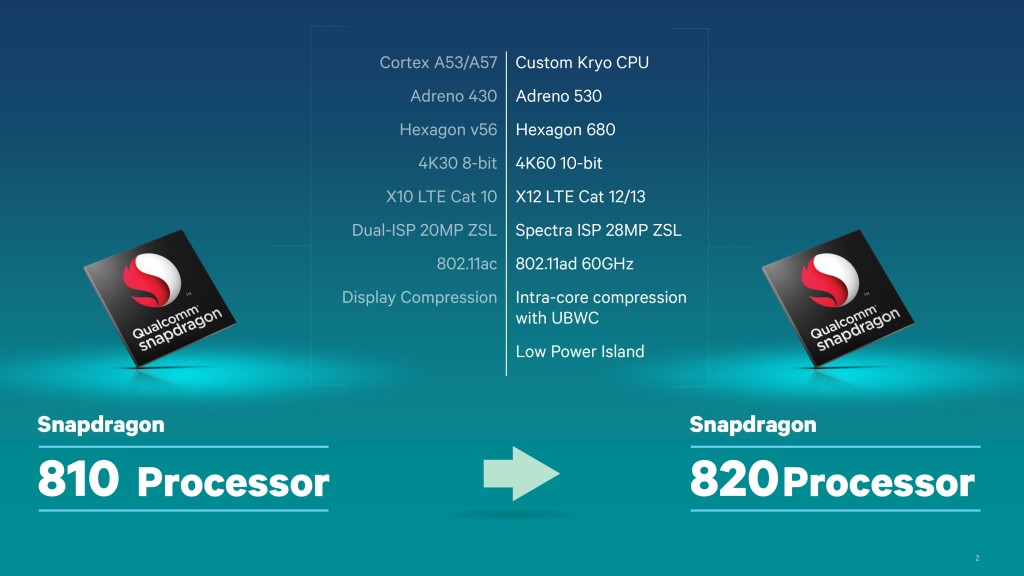 The most glaring change is that Qualcomm seized its competitive phase and dropped the processor back down to a reasonable four cores. It either couldn’t tame the blistering eight core powerhouse or didn’t think there was merit in trying to work it out. I would guess the latter. The drive to do eight cores in the first place was probably to not let MediaTek get ahead, but that’s not a very good reason for doing something.

That said, less cores doesn’t necessarily mean that the Snapdragon 820 will be a compromised offering. Performance isn’t just determined by magnitude; efficiency plays a huge part. Qualcomm claims that the 820’s new Kryo CPU architecture gives it generally 2x the performance from the 810, via an optimization called Heterogeneous Computing.

The 820 is engineered with custom-built, highly optimized cores designed for heterogeneous computing—the ability to combine different functional cores of the system-on-chip (SoC), like the CPU, GPU and DSP cores, to achieve previously unattainable performance and power savings, rather than using the same core for different tasks. – Qualcomm

Okay, so that’s cool. The whole system is working in a unified manner to accomplish functions with less effort (which saves on battery too). Let’s back up to what Kryo means. 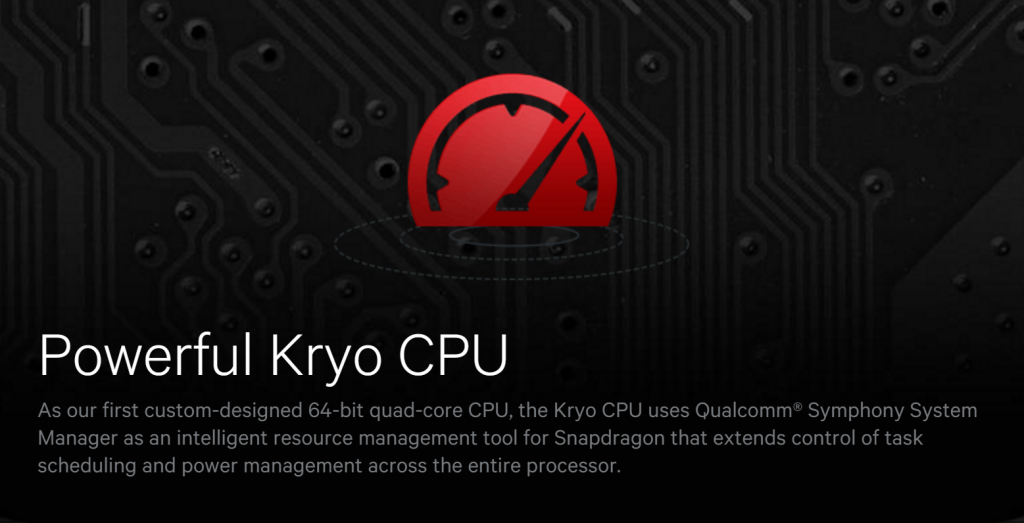 On the surface, the 820’s processor may sound like just another 64-bit quad-core chip, but there’s more to it. First, the CPU is built off of a 14nm FinFET production process (compared to the 810’s 20nm CPU size). Reducing the chip’s die size means that it will run cooler and can be pushed further.

Next, the Kryo architecture tightly integrates the two other computational powers: Adreno 530 graphics processing unit (GPU) and Hexagon 680 digital signal processor (DSP) – which make the heterogeneous computing circle. They all share the device’s tasks (multimedia, camera imaging, audio processing, visuals, etc.) in a symphonic manner. And the Adreno 530 GPU is said to bring 40% more graphics capability than the last-gen Adreno 430 in the Snapdragon 810. 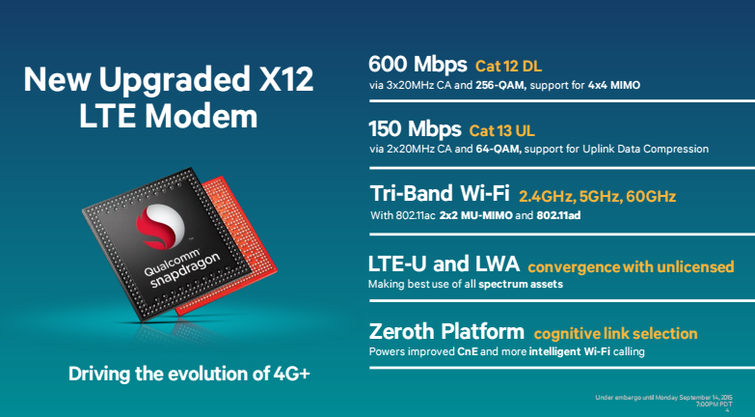 Oh, and we also can’t forget that the latest chipset boosts the Quick Charge speed, now on version 3.0. Qualcomm claims that it is 38% more efficient than the previous Quick Charge 2.0.

Are you excited to get your hands on Qualcomm’s latest powerhouse? Which flagship from MWC 2016 do you have your eyes on?

Google might be working on its own chips, recent hire indicates