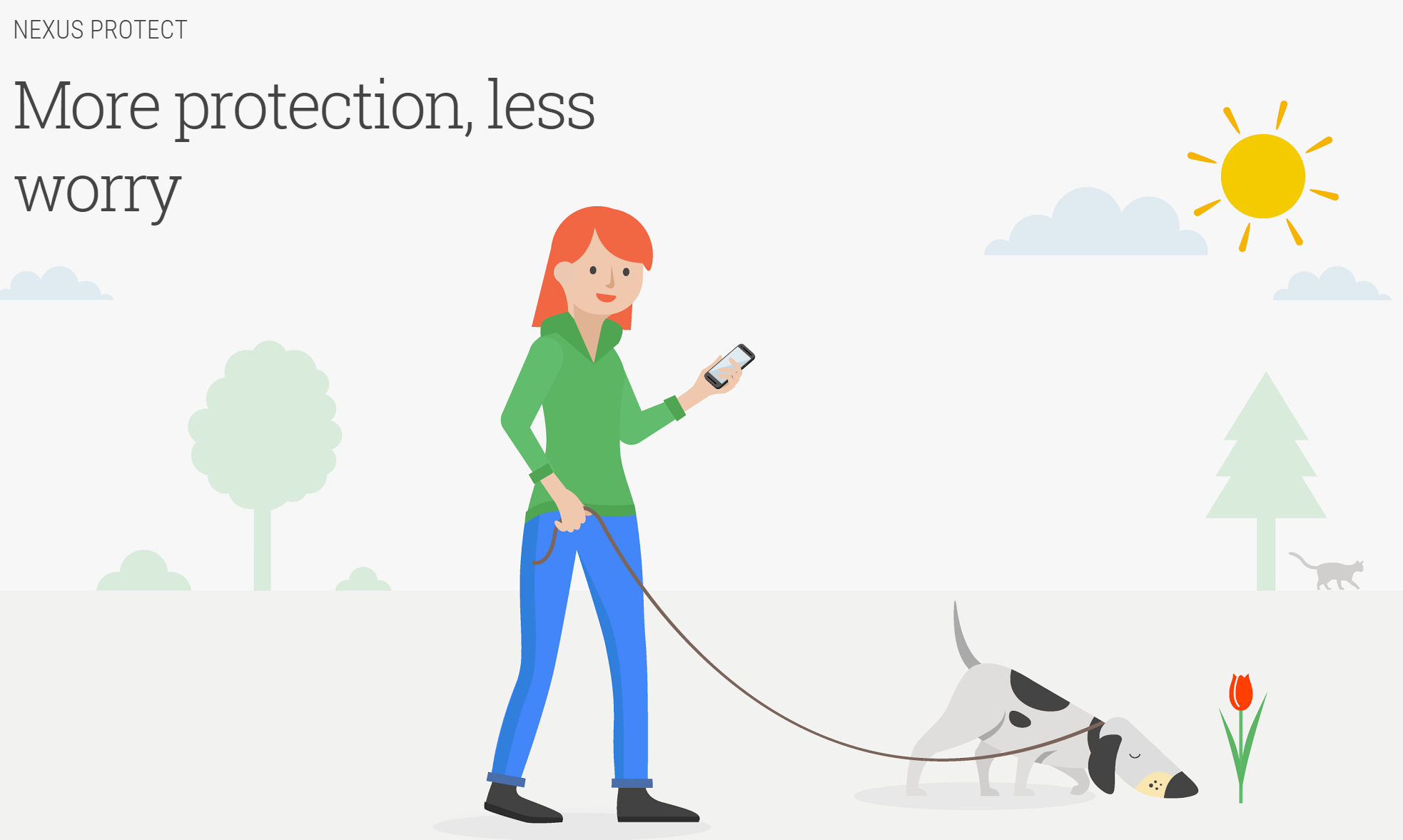 Today, we finally heard all the details about Google’s duo of Nexus phones.  One interesting detail that may have slipped by is Nexus Protect – Google’s new insurance program for ease of mind when choosing a Nexus.  Everyone seems to have insurance in some form or another, let’s go over Google’s approach. Nexus phones come with a one year warranty against hardware failures by default.  With Nexus Protect, Google up’s that to two years.  Also, you’ll have two years to not worry if your butter-fingers let you down and cause your precious phone to fall to its death.  If this does occur, Google states that you’ll get your replacement as early as the next business day.

Google says that the program will protect your phone up to 2 incidents.  Although you purchase the insurance when buying the Nexus phone, the claims won’t be handled by Google.  They’ve partnered with Assurant Solutions, so this is where you make the claim.

However, note that if your device malfunctions on its own in the first year, you still call Google (according to their support documentation).

The cost of the insurance is proportional for the Nexus phones.  The price to cover the cheaper Nexus 5X will be $69, while the more expensive Nexus 6P will run $89.  There is a deductible, at $79 a claim.  It seems like that deductible price applies to either Nexus phone.

Another interesting fact is that the coverage stays with the phone.  Therefore, there’s no complication if you sell the phone, and it can even be a selling point to the buyer.

What do you think about Google stepping into the phone insurance game?  Are the prices reasonable?

This app saves you time and money when dealing with insurance