Rather than passing along every single rumor that comes across our plate we’ve opted to cover only those devices that we find most relevant. To that end, the “What We Know” column aims to highlight the flagship smartphone models that are looming on the horizon.

What you’ll find below is a list of all the noteworthy rumors, leaks, speculation, images, and other stuff that pertains to the Samsung Galaxy Note 5. We’ve done our best to gather up the juiciest stuff floating around, even if it conflicts with other reports. Unless otherwise noted, this is all to be considered unofficial and unconfirmed. 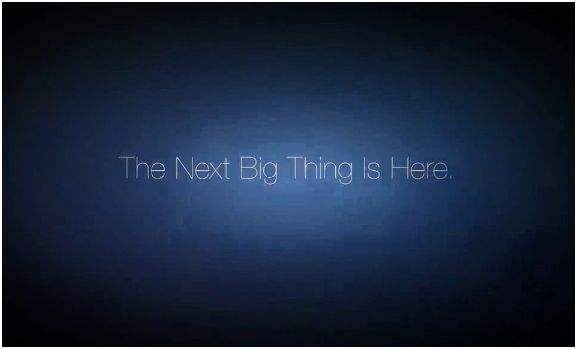 There have been quite a few rumors and leaks concerning various possible screen sizes for the Galaxy Note 5. Initially, it was believed that it will sport 5.89-inch screen with a UHD display consisting of 2160 x 3840 resolution for an astonishing 748 ppi.

Now it appears that Samsung has calmed down a little and has decided to opt for a QHD (2560 x 1440) display according to a Korean news site. This lower spec but still top of the line display has been seconded by a Chinese site.

It is currently believed that the Note 5 will house Samsung’s Exynos 7422 SoC, but there have been test units rocking an Exynos 7430, according to SamMobile. It is believed that the 7430 is just an engineering sample with no real plans to release to the public.

[blockquote author=”SamMobile”]The Exynos 7422 is expected to be the company’s first-ever all-in-one solution (ePoP) as it will combine the CPU, GPU, RAM, storage, and modem on a single chip.[/blockquote]

Unfortunately, this larger battery might not be removable. According to a leak picked up by Android Headlines, the non-removable battery of the Samsung Galaxy S6 is also going to be present in the Note 5. Android Headlines’ leak also affirmed the 4,100 mAh size of the battery.

The Note 5 will obviously sport LTE connectivity. There is no way to be a flagship without LTE! Our same leak from China has outed the obvious in this case. They also say that there will be a European model with dual sim capabilities and single sim models for almost everyone else.

Test models are said to currently be running 5.1.1 with Touchwiz according to Android Headlines. We are still unsure if it will launch with 5.1.1 or if Samsung will be able to get Android M onto the Note 5. Who knows.

Quick little off the record plug about Touchwiz. As much flack as Touchwiz has gotten in the past, Samsung has really turned it into a nice UI. It has nice additional features that can be useful and it does look rather nice now. Playing around with it on the Note 4 and Galaxy S5 and S6, it isn’t that bad anymore. Call me crazy, but I personally feel that it is second best to HTC’s Sense. This is excluding Motorola because you can’t really call that a skin, which is a good thing.

Here are some little tidbits that I couldn’t think of a category for.

The Note 5 is said to come with a USB Type-C port. This will offer a reversible charging plug as well as double the data transfer speeds as a USB 3.0 standard with a 10 Gbps speed over the older 5 Gbps.

The Note 5’s USB Type-C port is seemingly confirmed by @MoroLeaks on Twitter!

Project Zen was reported on by SamMobile and is supposed to be the Edge version of the Note 5 with lower specs and a curved screen. Project Zen is to come with a 5.4-inch/5.5-inch Super AMOLED dual-edge curved display. It will also sport an hexa-core Snapdragon 808, 16GB storage, a 16-megapixel primary camera with OIS, and an 8-megapixel front-facing camera. A leak from China suggests that there will not be any “Edge” variant of the Note 5 despite common sense and previous rumors and leaks (shown above). If this is the case, then what exactly is Project Zen?

While there was talk of the Note 5 releasing in September with Samsung Pay, it appears that the release has been brought up too late August. According to a Chinese leak, this is in response to the expected release of the next iPhone from Apple.

Sammobile reported on leaked renders of supposed Note 5 cases. These cases lend an idea to what the Note 5 may look like. 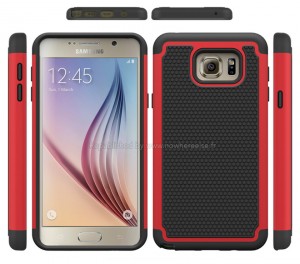 These renders were posted by nowhereelse.fr. The also later updated their post to include an actual image of a suspected Note 5 inside of a case. However, the image looks a lot like a blown up Galaxy S6.

While it is possible that Samsung will be sticking with the design introduced with the S6, it will displease a lot of users. A similar design to the S6 would most likely include the lack of removable battery and microSD card slot that helped to make Samsung’s devices so popular.

As always, remember that these are merely leaks and rumors and could potentially not represent the Note 5 at all.

Honestly, I am hoping that these images are fake as I would hate to see the Galaxy S and Note line lose their microSD and removable batteries for good. That was the only thing that Samsung had going for them.

Supposedly, nowhereelse.fr has grabbed some CAD renders of the Note 5 on video thanks to Twitter leaker @onleaks.

I am doubtful as the renders clearly show a microUSB port at the bottom instead of the suspected USB Type-C port.

Nokia 8 will launch globally this month